In addition to adding bluegrass music, organizers of the third year of the increasingly popular Idyllwild Lemon Lily Festival have added original banner art. Fifteen local artists created banners, whose installations began on Tuesday, June 26 on stanchions throughout Idyllwild’s downtown core. The banners are two-sided, with one a generic advertisement of the July 21 and 22 festival and the other featuring original and unique creations from some of Idyllwild’s most popular and accomplished artists.

Spearheaded by festival volunteer Pat Hughes, the festive public art will remain displayed in town until the festival concludes on Sunday, July 22. On Friday, June 22 a panel of three judges reviewed the 15 banners. The winning artist will be announced at the festival’s concluding ceremony July 22.

Painting the banners presented a number of challenges to participating artists, not the least of which was the two-week time frame to complete the work. “In most cities where we develop these programs it takes 6 months to a year to get the funding and artists have up to 3 months to complete their work,” said Hughes. “Here no one grumbled, everyone painted using acrylics, the only material that would work on the banners, and all completed their submissions on time. The town artists all stepped up.”

The original banners will be auctioned in the spring with 50 percent of the proceeds going to the artist and the remaining amount used to seed next year’s banner project. The resulting assortment of banners is colorful, widely varied in style and theme, and overall, beautifully executed. Banners are two feet wide by four feet long and will be a celebratory addition to Idyllwild’s downtown.

Judging took place at the Nature Center. Three judges, Mallory Cremin, photographer and educator and manager of Parks Exhibition Center at Idyllwild Arts, celebrated local artist David Reid-Marr, internationally recognized portrait artist David Fairrington and Sophia Dean, pilot and photographer performed the adjudication. Artists were asked to incorporate shades of yellow whenever possible and design something that would be eyecatching to passing traffic. Judges were asked to consider design, color use, theme, use of proper artist materials and finish. Ribbons will be awarded to first, second and third place winners.

“These were entries designed from the heart,” said a very pleased Hughes.

Idyllwild Monument Dedication
Although not part of the Lemon Lily Festival, the Idyllwild Chamber of Commerce has scheduled a dedication of David Roy’s Tree Monument for from 2 to 3 p.m., Saturday July 21 during the Festival. Chamber Director David Jerome said carver Roy has invited Grammy award winning Native American flutist Carlos Reynosa to provide music for the ceremony.

Also in attendance at the ceremony are representatives of the Gorilla Glue Company from Cincinnati, Ohio, who will videotape the ceremony as part of a longer documentary about the monument and its history. Gorilla Glue is a critical ingredient which Roy used in constructing “Harmony,” his carving representing the harmony of Idyllwild’s mountain and its inhabitants. 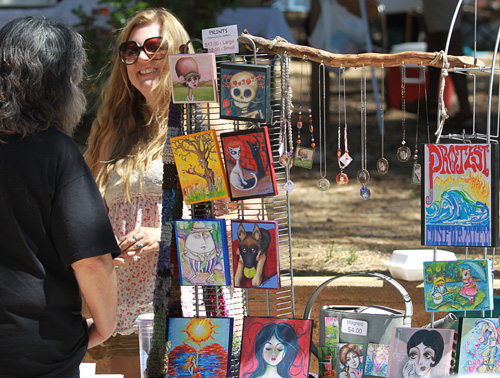 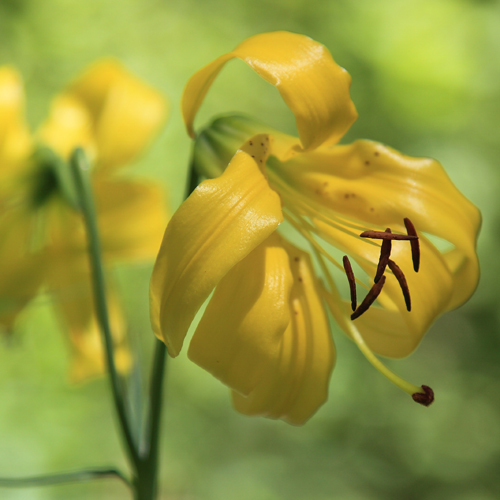