When Idyllwild Cinema-Fest Chairman Phil Calderone added a new “Amateur” submission category, he did not expect it to yield one of this season’s major festival surprises — a probing and provocative feature with script values usually not found in amateur films. 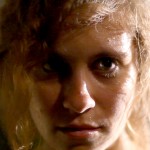 “The Pain of the People,” from writer and director Kirby Voss and producer and co-writer Antonia Finizio, is an unflinching look at a U.S. culture that, in the producers’ judgment, too often turns a blind eye to rape, incest and domestic abuse. Finizio said the film is, at its most basic level, a call to care and a message of hope. “It suggests that no matter who you are, you are not your past,” she said.

Calderone said he accepted the film because of the solid writing and strong subject matter. “One would not expect an amateur team to make such a full-fleshed story their first time out,” Calderone said. “We’ll be keeping an eye on these young filmmakers.”

“It was made as a love letter to a mutual friend that Antonia and I know who suffered from sexual abuse,” Voss said, explaining why he and Finizio made the film. “The script is a serious mediation on the ways sexual abuse can pervert and twist the ways we see ourselves. The film became an exploration of the ways in which our past can define us.”

Antonia, who co-wrote the screenplay, said she was brought in after several drafts to lend a different point of view. “I’ve always been bothered by the most common portrayal of abusive relationships in pop culture, in which the abused is often seen insisting that they are in love [with the abuser]. But no on-screen interactions explain why. I started working on the script to bring all the dimensions into the situation.”

A year of writing and rewrites were needed to get the script into shooting shape. In a luxury that even the best-budgeted films seldom have, Voss rehearsed his actors for three months before beginning the one-month shoot in and around New Orleans.

Voss described finding his actors on Craigslist or through word of mouth. “Although I didn’t pay a single actor or member of the crew, I insisted on three to four rehearsals per scene,” he said. Voss encouraged freedom in the rehearsals but when it came time to film, things had to be tight for budget reasons. “Of course, it was often hard but sometimes rewarding [to work with limited resources]. I remember one time we were shooting an argument outside a Bourbon Street sex shop, and as the actress was yelling at the actor, the Bourbon Street strippers stated yelling at him, too! That was a proud moment for me. We had written a scene that everyone, from strippers to our actors, felt moved by.”

Finizio commented that the actors and crew were partners in the making of the film, working gratis because of a shared belief in the importance of the subject matter. “They didn’t work for free simply because of our passion for film, but also because the cast and crew believed so strongly in the message of the film and the discussion it raised about abuse.”

“Of our $8,000 budget, a solid $6,000 went just towards the camera,” Voss said. “We borrowed most of the sound gear. Including all actors, backups and musicians, over 40 people worked on the film, but on each day of shooting there was only one director, a sound guy, a DP [Director of Photography] and usually one of two ADs. It was a small crew.” Finizio said they shot the film in the month of July and edited it in August. “We’ve submitted it to about 25 festivals,” she said. “Idyllwild will be the world premiere. We were just accepted to the New Filmmakers of N.Y. festival and were given an ‘Award of Excellence’ by the Indie Fest.”

“We made this film without any studio support or backing of any kind. It was always going to be a challenging project and our independence cost us,” Voss said, “For example, the sound issues come from lack of proper equipment. But it was a labor of love.”

“Pain” is Voss’ first feature directorial effort and the first time Finizio had written or produced for film. She was 19 at the time.

Voss, who was 20 while directing “Pain,” said his next project, working title “Empathy,” depicts a school massacre. “I think the national conversation needs to turn towards mental heath, and that’s what “Empathy” is trying to examine.

When Voss spoke with the Town Crier, he was in Taiwan studying Chinese. “This is sort of a learning vacation between films. Studying both sides of the human experience, East and West, should make for a more satisfying narrative ability.”