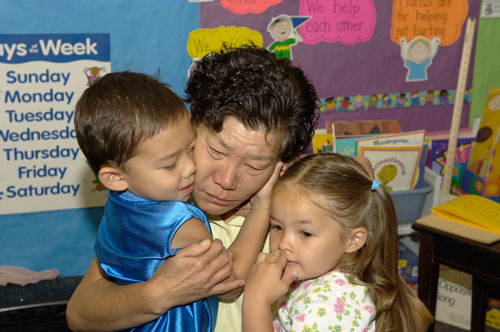 Gala event of the week was the reopening of the Rustic Theatre. The feature was “El Paso,” starring John Wayne and Gail Russell.

American Legion Post 800 received an American flag that had once flown on “Old Ironsides.” The donor was Rear Admiral John McKinney of Idyllwild.

Dr. Max Krone announced work would start soon on new art and ceramic facilities at ISOMATA, including a new kiln.

Work began on laying a sewer system in downtown Idyllwild. The job was expected to take a year to complete.

Chuck Muir, 22, of Mountain Center, was recovering in the hospital from a broken neck, the result of a fall from a horse at Government Meadows in McCall Park while in employment for the U.S. Forest Service as a wilderness patrol.

Despite adoption of the odd-even gasoline rationing plan throughout Riverside County, gas lines in Idyllwild were longer than ever.

Site preparation work was set to begin in July on a 120-inmate Bautista Canyon Conservation Camp. Officials of the California Department of Forestry said inmate crews should be working out of the Bautista Camp within a year.

Hill resident Bob Deeble, who had lived with multiple sclerosis for more than 25 years, was preparing to combine his passion for hiking with a mission of raising public awareness about MS. He and his dog, Ginger, would soon be making a 500-mile hike to encourage others with MS not to give up.

Firefighters and other volunteers served up more than 100 pounds of spaghetti to more than 500 people at their annual Benefit Spaghetti Night to raise funds for rescue equipment.

The Idyllwild Rotary Club was putting finishing touches on the new Town Hall kitchen it was building. Club members and local volunteers had spent months raising funds and donating their skills and labor to refurbish the kitchen.

Robert Lee Childs, 64, of Idyllwild, was arrested on suspicion of annoying children at Idyllwild School. Principal Matt Kraemer sent a note home with the students alerting parents to the situation.

David Jerome, secretary of the moribund Idyllwild Chamber of Commerce, called a meeting of the general membership on Monday, May 13, to begin the process of disposing of Chamber assets. The Chamber no longer had a board of directors authorized to act on behalf of the membership.