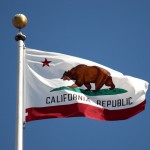 California’s Board of Forestry has released a draft report describing the collection and use of the Fire Prevention fee applied to structures within State Responsibility Areas.

Since the state began collecting the fees in 2011-12, nearly $150 million has been received. Revenues have averaged nearly $75 million in each of the first two years. Cal Fire also projects this level of revenue for the next two years.

These revenues have been used for a variety of purposes. The major objective is fire prevention efforts, including fire inspections. Last fiscal year, Cal Fire devoted slightly more than $11 million for this work and estimates the current year cost to increase to about $11.8 million.

Fire prevention programs receive the largest share of the fire-fee funding. In 2012-13, more than $27 million was invested in this work and the current year estimate is nearly $35.5 million. Activities funded in this category include “implementation of the statewide Strategic Fire Plan, fire engineering, law enforcement and fire prevention education. Typical examples of these types of activities include, but are not limited to, arson investigation, public education and inspections related to defensible space and ignition-resistant buildings,” according to the report.

The governor’s 2014 budget requested a one-time appropriation of $10 million for a local grant program. If the request is approved, the board will develop the grant program and related grant criteria, and the 2014-15 will be the first year for funding the program.

The SRA fire fee is $150 per habitable structure except within areas bounded by a legally recognized local agency that provides fire protection services, such as the Idyllwild Fire Protection District. Owners of habitable structures within IFPD and other similar jurisdictions pay a $135 annual fee.