The summer’s rainstorms had little effect on drought conditions and current weather is unlikely to end the drought conditions this fall, although some relief may occur. The National Weather Service’s latest forecast places a 60- to 65-percent chance of an El Niño weather pattern developing during fall or winter.

If an El Niño were to occur, its rain pattern is more likely to benefit Southern California than the rest of the state, according to NWS’ Climate Prediction Center forecast this month. On Sept. 18, NWS indicated a 33-percent chance of above-average amount of rainfall this fall.

The U.S. Seasonal Drought Outlook favors drought persistence or intensification across all but far southern sections of both California and Nevada, and much of western Utah. 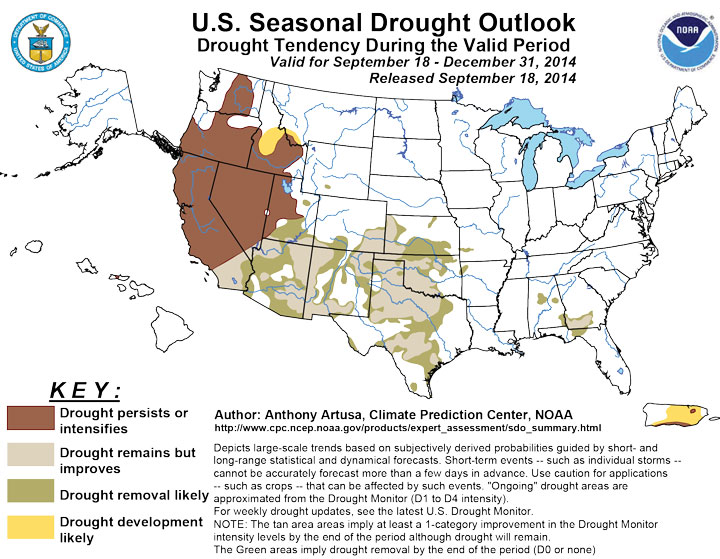