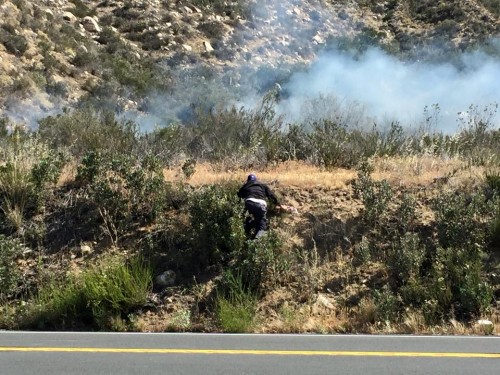 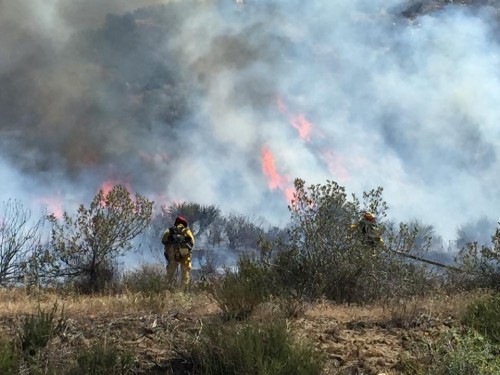 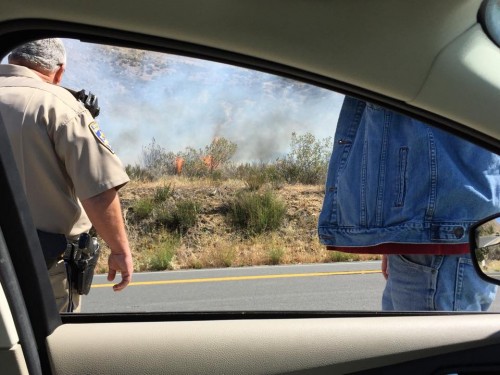 UPDATE 1:13 p.m.: The incident commander is reporting that a person is in custody.

UPDATE 1:03 p.m.: Both lanes are open to traffic. The incident commander is releasing more resources from the fire and now reporting the acreage at 3.4.

UPDATE 12:35 p.m.: Firefighters are mopping up the Cranston Fire and have just released the helicopter from the fire. The incident commander is reporting the fire at 2 acres, it is contained and will need 2 hours of mopping up.

UPDATE 12:18 p.m.: U.S. Forest Service and Cal Fire firefighters are on the scene of a 5-acre brush fire about 2 miles east of Cranston Guard Station and north of Highway 74, according to Forest Service Fire Chief Dan Felix. The Forest Service has sent two engines and Cal Fire has a coupe of fire engines, two planes and a helicopter, he said. The fire is mostly on private land but also is on federal land, so the Forest Service is taking jurisdiction.

Cal Fire has requested CHP to close down the westbound lane for the Cranston Fire for two hours. The closure is to begin at Mountain Center at about 2:25 p.m. and possibly the eastbound side will be closed also.

District Ranger Arturo Delgado says they have it boxed in now.

California Highway Patrol also is on scene and investigating whether a man on foot and wearing a backpack seen leaving the fire area (see first photo) may be involved. He has has been apprehended. CHP is reporting he is homeless and from Indiana.