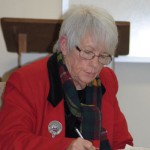 Last week, the Riverside County Registrar of Voters officially notified voters in the Idyllwild Fire Protection District that the date of future elections will change. 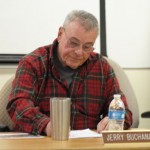 The Board of Supervisors approved the change on Nov. 10. “The general election of the district will be held on the first Tuesday after the first Monday in November of the even-numbered years and held with the consolidated election on the same date. The next regular election in [IFPD] is schedule to occur in November 2018,” according to the county.

The notice also confirmed that the terms of the existing directors will be extended one year.