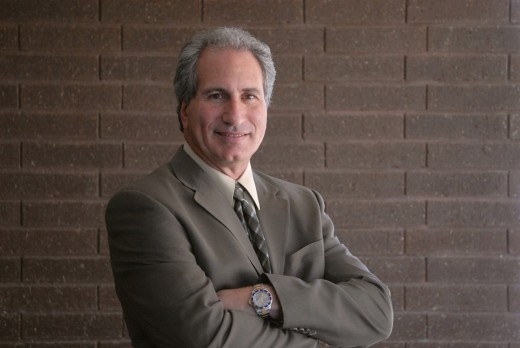 Ruiz was elected in 2012 when he upset incumbent Rep. Mary Bono Mack.

Stone is the fourth Republican to announce his intent to run. The first two — Kirk Thompson and Lupe Ramos Watson — have already withdrawn. Dwight Kealy, who announced in November, is still in the race.

With three candidates, the June primary will select the “top two” for the November ballot.

When Stone was elected to the California Senate in November 2014, he had no intention of becoming a Congressional candidate one year later. But events, particularly the president’s nuclear agreement with Iran and Ruiz’s support for it, changed his mind.

“I went to Washington to listen to Ben Netanyahu [the Israeli prime minister] and I was so impressed by his visit and request to Congress to say no to the nuclear deal with Iran,” Stone said explaining what drew him into the campaign.

After meeting with Ruiz about the issue, Stone returned to California confident Ruiz would oppose it, too. Terribly surprised by Ruiz’s vote to support the deal, in September, Stone submitted an opinion piece to the Desert Sun, which sparked much interest in him running for Congress.

In November, while back in Washington, several Congressional Republicans, including Darryl Issa (R-CA), and Kevin McCarty (R-CA) and House majority leader, courted Stone and promised him support.

Stone considers the request an honor, a call to service, but insisted that his family must agree. After discussion with his wife and children, Stone said it was a “family decision.” His announcement was made Saturday at the opening of a Republican voter registration office in La Quinta.

Despite his late entry in the race for the Congressional District 36 seat, Stone is confident the will have at least $500,000 in contributions by the end of March.

“I’ve told people in the district that I can’t bank roll the campaign myself. I need to know you’ll back me,” he stated. His goal is a threshold of $750,000 to get his message out to the district.

Having served as a Temecula councilman, Riverside County supervisor and now state senator, Stone said, “Being a local-elected official, the number-one responsibility is making sure the public is safe. It’s no different at the federal level.”

The federal debt is the second issue Stone feels is very important.

Stone said he respects Ruiz, especially for his ability to beat incumbent Bono Mack in his first run for elected office. But they have fundamental policy differences.

“I’ll challenge him to debates, five before the June primary,” Stone said. “I will attack his record, systematically illuminate his voting record.” And he promised not to make it a personal-attack campaign, although he acknowledged that neither candidate could control the use of independent expenditures.

“We have a vastly different vision of how the country should be run,” Stone added.

While a conservative, Stone stressed that his goal is problem solving and that requires the ability to work across the aisle. For example, Greg Pettis, a Cathedral City councilman who is a Democrat, worked for Stone’s election to the state Senate.

“Getting things done is my priority. What’s possible?” he said. It was easier on the Board of Supervisors, which was more collegial, but he found the Senate more difficult. Nevertheless, he was an important cog in the passage of the vaccine bill this year, introduced by Sen. Richard Pan, a Sacramento Democrat.

Stone also praised Kealy, a fellow Republican, for entering the race and hopes it will continue to the primary. But Stone is confident he has substantially greater name recognition in the district.

“I did call him before the public announcement to let him know about my plans,” Stone confirmed.