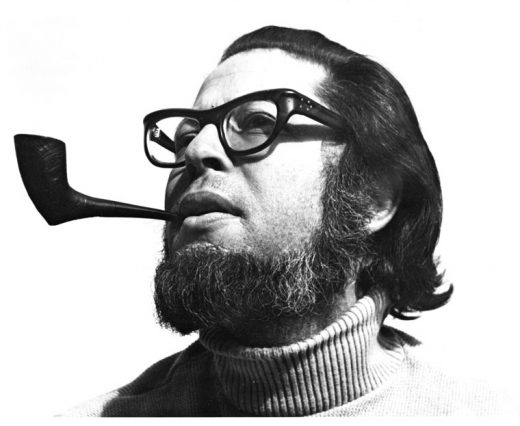 Roy Mills, an Idyllwild resident for over four decades, died peacefully at his home on August 23, 2016. He was 86.

His people came from the shtetels and Jewish ghettos of Eastern Europe. During the Russian Civil War and the accompanying ethnic cleansing, his parents immigrated to New York as teenagers, leaving their parents behind.

A child of better times, Roy was born in Brooklyn and in 1943 moved with his family, by train, to Los Angeles.  He was an avid stamp collector, loved chess, college football, rare steak, politics, history, and disbursing wildflower seeds. Thanks to this last avocation, spring brings an ocean of purple lupines by his Strawberry Creek home, each year more expansive than the one before.

He excelled in business and economics at UCLA, graduating Phi Beta Kappa.  He loved philosophy as well, and had the good fortune to be an assistant of Hans Reichenbach, a close colleague of Albert Einstein. A voracious and analytical reader, Roy’s favorite authors included George Orwell, Will and Ariel Durant, Krishnamurti, Buckminster Fuller, and Sri Aurobindu.

He spent his professional life as a Certified Public Accountant in Los Angeles.  He did well, eventually becoming partner in his firm.

On lunch breaks he would spin poetry, and, legend has it, Esther Roe, his mother-in-law to be and future Idyllwilder as well, was passing through his office on an errand one day and, noticing the poems, introduced him to her daughter Carol.  Esther encouraged Roy to decorate his drab office with Carol’s abstract paintings, bursting with color and stimulating forms. After a fateful accident in the early 1950s, Roy pulled Carol from a burning car.  Marriage followed soon thereafter.  Carol was a beloved Idyllwild artist who passed away in 2014.

Roy & Carol’s combined vision led them to settle initially in Laurel Canyon. They arrived 30 years after Houdini and 10 years before Zappa.  Ground broke in 1959 on a midcentury masterpiece designed for them by a protégé of famous architect Richard Neutra. Their two children, Evan and Robin, were born there.

He stopped measuring wealth in dollars and retired early. His new profession was to be master of his own time, and to linger in the country rather than country club. His favorite book during this period was E.F. Schumacher’s Small is Beautiful.

In 1975, Roy and Carol moved the family to the Idyllwild summer home they had designed a few years earlier. Among Roy’s newly found pursuits were tracking the creek, the trees, and the movements of squirrels.  He watched.  Monitored.  Commented.  Mused.  He removed twigs encroaching on his favorite paths and shook the snow off of bent saplings to give them a better chance to see the spring.  He cheered the landscape’s proceedings through the seasons and years. Proper hikes were to be punctuated by a picnic, preferably atop a large boulder with a view.

They both had a yen for good architecture, art, folk music, and travel, which took them from the Arctic to the Amazon, plus Bali, Cambodia, China, Cuba, Egypt, Japan, Peru and Tibet, to name a few.

While not a social butterfly, Roy was staunchly community minded. He was elected to the Idyllwild Water Board for two terms, volunteering untold time over those years and sometimes asking unpopular questions.  Can we be more water efficient?  Should we keep building when our resources are finite? In the early 1980s, he helped craft a “Carrying Capacity” study focusing on the limits of resources in Idyllwild, years before the idea of “sustainable development” was popularized. He also volunteered as a financial advisor to ISOMATA (now Idyllwild Arts) and underwrote rents for the Courtyard Gallery for several decades.

When asked why he bought gas in Idyllwild, when it was so much cheaper in the flatlands, he would simply say “It’s very important to leave money on the Hill.”  He lived by that principal to the point of risking running out of gas in the desert so as to make it back to the familiar Idyllwild Chevron for a fill-up. Supporting what you believe in … and depend on … in this case the local economy, was always more than worth a few extra bucks.  For all the same reasons, in 40 years they never bought a washer-dryer.  The family helped the local laundromat buy several instead, 25 cents at a time.

Roy referred to himself as a Secular Humanist, which, according to Wikipedia “embraces human reason, ethics, and philosophical naturalism while specifically rejecting religious dogma, supernaturalism, pseudoscienc and superstition as the basis of morality and decision making.” Among his core principals were to be self-determined and not governed by possessions and material things. Time spent trimming a beard was a squandered opportunity to do something more edifying.

Roy found satisfaction and fulfillment in life. They say that one’s true self is particularly visible at the end. Indeed, his close caregivers in the last years spoke often of his kindness and capacity for love.