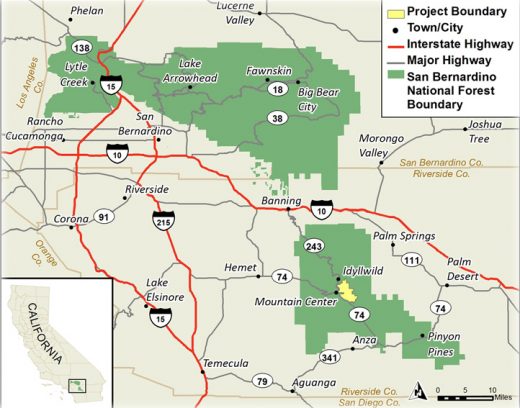 The U.S. Forest Service has announced a draft decision for its May Valley non-motorized trails project. A draft environmental assessment was released for comment and review in June.

“Once we’re final, we’ll move forward with implementation,” said John Ladley, supervisory natural resource specialist on the San Jacinto Ranger District. “Bringing the trails up to standard will be a phased approach.”

Since the draft Environmental Assessment was released for review in June, the district received about 72 letters with comments. Based on these, Delgado made adjustments to the original proposed action. For example, based on concerns over trespassing in areas where the trails are near private property, “This decision reduces impacts on those parties by: rerouting some trails away from private property boundaries; not adopting some other routes adjacent to the communities,” and several other modifications.

The proposed project adopts about 22 miles of existing trails and roads into the National Forest Transportation System, constructs about 2.5 miles of new trails, rehabilitates about 10.5 miles of unauthorized routes, reroutes some segments of existing trails, improves trail crossings at streams, and constructs two new trailheads, within the approximately 5,500-acre project area.

The northern portion of the project is zoned as “Back Country.” The southeastern portion of the project area is zoned as “Back Country (Motorized Use Restricted).” Both zones are suitable for non-motorized travel on forest system roads and trails. The management intent for both areas is to retain the natural character of the zone and limit the level and type of development.

Last week, the Forest Service circulated this draft decision. Objections will only be accepted from those who submitted project-specific written comments during scoping or the draft EA comment periods. Issues raised in objections must be based on previously submitted comments unless based on new information arising after the designated comment period(s).

The Forest Service has stressed that objections must be submitted within 45 days following the publication of the legal notice in the Idyllwild Town Crier, which was Oct. 20. The date of the legal notice is the exclusive means for calculating the time to file an objection. Those wishing to object should not rely upon dates or timeframes provided by any other source. It is the objector’s responsibility to ensure evidence of timely receipt (36 CFR 218.9).

Objections must (36 CFR 218.8(d)): 1) include name, address and telephone number; 2) include signature or other verification of authorship; 3) identify a single lead objector when applicable; 4) include project name, responsible official’s name and title, and name of affected national forest(s) and/or ranger district(s); 5) include reasons for, and suggested remedies to resolve, your objections; and, 6) include a description of the connection between your objections and your prior comments. Incorporate documents by reference only as provided for at 36 CFR 218.8(b).

Should you have any questions, contact John Ladley at the San Jacinto Ranger District at 909-382-2934 or by email at [email protected] 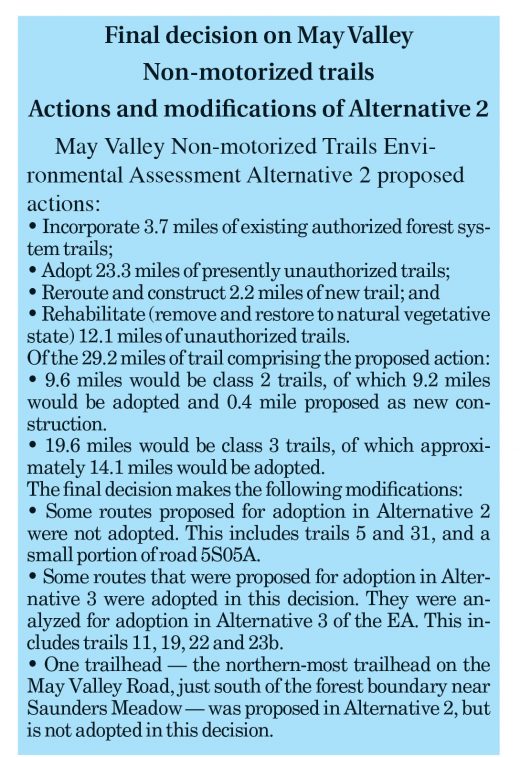