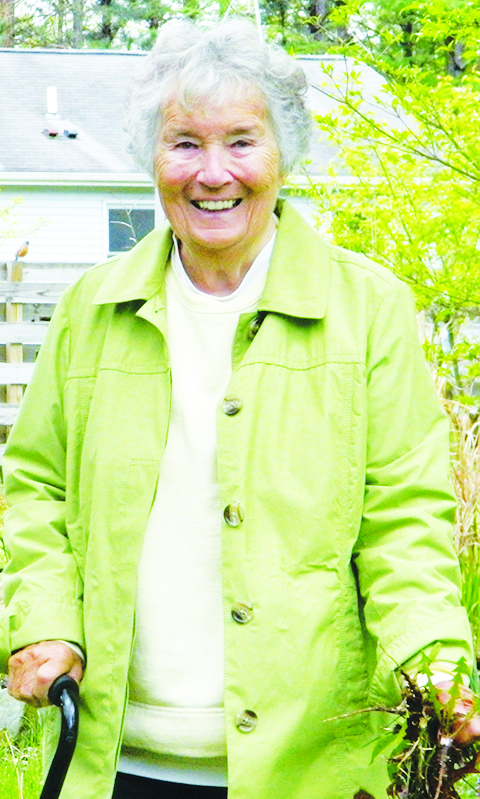 Jean, a beloved wife, mother, grandmother, great-grandmother and friend to many, with a smile that never quit, passed away peacefully in her home in Idyllwild on Thursday, May 25, 2017. She is preceded in death by her first husband, John Lucas Miller (1924-1973) and her second husband, Dr. David Hinds Reid (1916-2006).

Jean grew up in East Chicago, Indiana, spending her summers at a cottage on Barlow Lake in Michigan, instilling in her a keen love for nature. She graduated from Roosevelt High School in 1946. Graduating in 1948 with a liberal arts degree from Monticello College, Jean went on to obtain degrees in social studies and education in 1950 and eventually pursued her master’s degree in teaching from Indiana University in 1973, while she was working and raising her family — a true pioneer in many ways for the times. Her giving nature was evident even then as she worked summers during college assisting disadvantaged persons at a settlement house in South Chicago, Illinois.

Jean used her education and experience to pursue a career as an elementary school teacher in Indiana in 1966. Upon her move to Idyllwild and later marriage to Dr. David Reid, she became general manager to David’s very busy medical practice, showing great managerial skill and kind treatment to the many and diverse Idyllwild residents who chose Dr. Reid as their personal physician.

After the loss of Jean’s first husband, and guided by her deep faith, Jean found her way to Idyllwild, falling in love with the town from her first visit. She subsequently purchased her “piece of the rock” and built one of the first solar homes on the Hill in the late 1970s.

During her marriage to David, Jean regularly traveled to her childhood summer home on Barlow Lake in Middleville, Michigan, and to David’s Fitzwilliam, New Hampshire, family home, perfecting her art of berry picking and jelly making. While in Fitzwilliam, as in Idyllwild, Jean recalled the many happy bridge games she and David played with close friends around dinner tables, and the fine people she befriended at Fitzwilliam Swim Club on Laurel and Barlow lakes.

Jean was so at home on the Hill, quickly becoming a dear friend to many and an involved member of the community. She spread her endless supply of positive attitude and selflessness through numerous memberships and service including the Idyllwild Chapter of PEO, Friends of the Idyllwild Library board, founding member to the Idyllwild Community Fund and member of the Associates of Idyllwild Arts Academy.

She loved to read, play bridge, garden, and feed the birds and squirrels that visited her yard in her spare time. Her “can do” demeanor and joy for life were ever present and those fortunate enough to be in Jean’s life couldn’t help but feel better.

Jean’s family would like to extend a special thanks to all who loved her as they did and who looked in on her to help ensure she could live in Idyllwild in her later years as she so dearly wanted.

In lieu of a service or flowers, Jean would like to be remembered through assistance to her community of Idyllwild. Please consider a donation to Idyllwild PEO, Attn. Mary Zimmerman, P.O. Box 739; Friends of the Idyllwild Library, P.O. Box 2183; Idyllwild Arts, P.O. Box 38; or other worthy Idyllwild nonprofits in her name, all at Idyllwild, CA 92549.