Humber Park and the Trail are currently open for use.

The volunteers reported it. First on the scene was Riverside County Fire Department Engine 23 from Pine Cove. 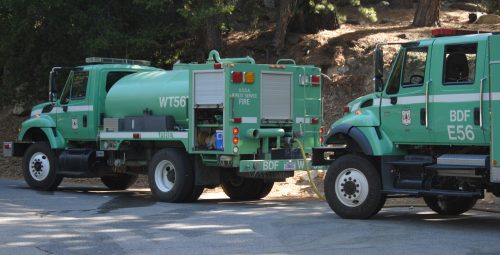 He estimated the fire was contained to about .1 acre. It was reported about 5:30 a.m. within an hour it was contained, according to Garver. Three hours later it was controlled and the trail opened. Firefighters had to lay hose 1,000 feet into the forest, pump water from the water tenders. The fire was several hundred feet from the trail.