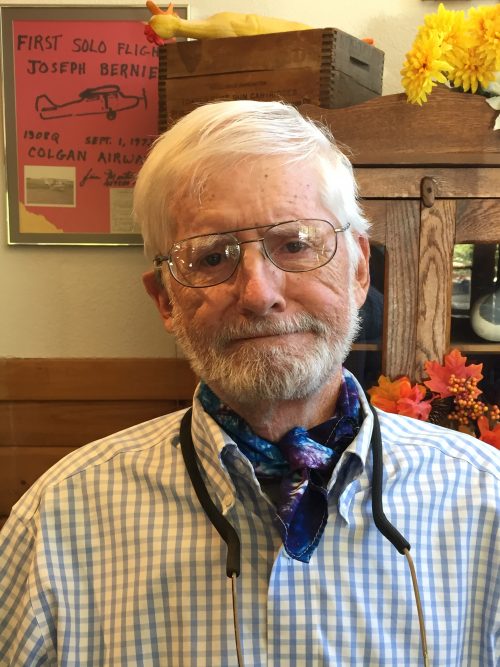 Joseph William Bernier (“Doc”), 74, died Friday, Aug. 17, 2018. He was born on Nov. 2, 1943, in Chicago, Illinois. He graduated from the University of Maryland and Indiana University, where he earned his doctorate in dentistry, and he served in the U.S. Army until 1974, reaching the rank of captain.

A former president of the D.C. Dental Society, Dr. Bernier practiced dentistry in Washington, D.C., for more than 30 years and also was an educator in the field.

He was preceded in death by his parents, Major General Joseph L. Bernier and Bernice (O’Rourke) Bernier, and his beloved wife of 36 years, Shelly Lee Bernier. He is survived by his sister, Beverly (Bernier) Belzile; his two loving sons, Joseph (Lisa) and David (Amanda); and his two cherished grandsons, Finn and Joseph.

An avid reader, Doc also was an outdoorsman and nature lover. He was a master scuba instructor in the 1980s and 1990s, and earned his pilot’s license in 1972.

After retiring, he moved to California with his devoted Lab, Ben, to live closer to family. He particularly enjoyed the beauty and solitude of Idyllwild and could be spotted driving around town in his golf cart (“the Goat”).