Home Idyllwild News Preparation for floods and debris intense; planning for weeks, but ‘where’ is...
Facebook
Twitter
Google+

Emergencies are usually an event or incident to which first responders go to a specific location or area.

County Emergency Management officials have warned Hill residents of the possibility of flooding and debris flow from heavy rains ever since the Cranston Fire was contained. Unfortunately, where and when are unknowns.

Unfortunately, until the rain starts and then ends, the actual location and extent of the damage or disaster is only a forecast. 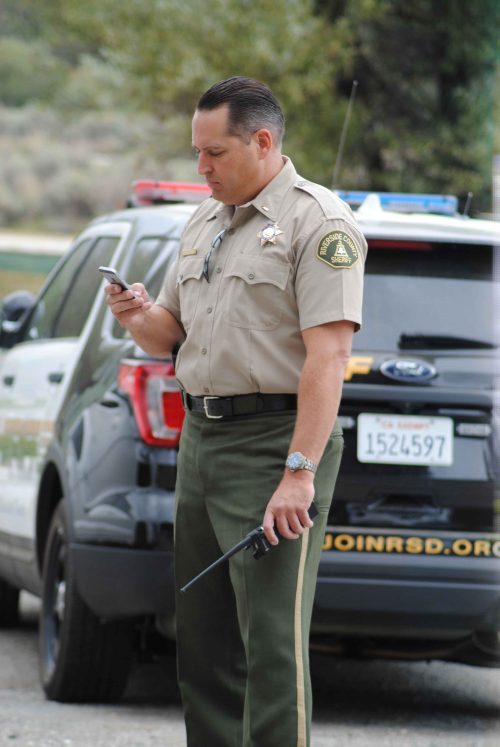 “We’ve been preparing for weeks,” said Lt. Zack Hall of the Riverside County Sheriff’s Department. The Lake Hemet Command Post was deployed Saturday in anticipation of rain then and on Sunday. Hall has been overseeing the operation since 6 a.m. Sunday.
He doesn’t know when the rain will occur, how much will fall or over what time period. But he has to be prepared to close roads, to rescue stranded residents or motorists, and to seek help from firefighters or Southern California Edison if poles or lines fall.
The National Weather Service has forecast rain with possible thunderstorms on the Hill since Friday, Sept. 28. Pacific tropical Hurricane Rosa has been moving in this direction; the NWS models can only predict, not assure.

As of noon Monday, NWS says Idyllwild may receive between a quarter- and a half-inch of rain this afternoon and another three-quarters to an inch tonight. That’s a 70 percent probability.

The Weather Channel says, “A stray shower or thunderstorm is possible” this afternoon and a 20 percent chance of rain.

But Hall and his team have to be prepared. They are staging at the sheriff’s post near Lake Hemet. Cal Trans has “Road Closed” signs stacked along Highway 74 if a closure is ordered.

“It’s all preparation. At the end of the day, we are making sure everything is in place before the emergency happens,” Hall said.

But the forecasts also have reached as much as an inch or two in an hour. The team’s preparation includes requesting the presence of the Riverside Mountain Rescue Unit, the Desert Rescue and even National Guard trucks for assistance. 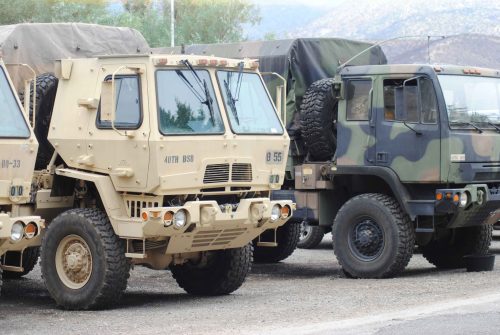 “These National Guard truck can go anywhere,” he said. “They can bring stuff in or out of an affected area. These drivers were trained to drive in war time.”

Some residents in the upper portions of Apple Canyon are still home. Hall said, if necessary, the National Guard truck can get to them and remove a neighborhood.
Also for several days, sheriff’s deputies have canvassed Garner Valley. Camp Ronald McDonald is empty. Fleming Ranch people are elsewhere. Hurkey Creek and Lake Hemet campgrounds are partially closed. 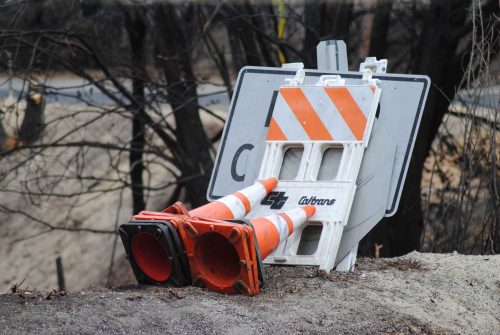 “We want to eliminate a whole lot of threats,” Hall said. “Ninety percent of the critical area is now uninhabited. No campers. Been at homes three or four times in the last couple of days [warning and advising the local population].”

When the Sheriff’s Department advises residents to evacuation their homes, it recognizes the responsibility to add security patrols to the area, he added. These extra patrols will continue through the duration til the last “trickle falls” and it takes time for people to return.

While the August monsoon storms caused road closures, which remained closed for an hour after the precipitation stopped, the forecast is greater today and perhaps tomorrow, consequently the roads may remain closed for two hours after it stops raining, according to Hall.

The Command Center is in contact with NWS several times each day. There are multiple conference calls between the command post on the Hill, the Sheriff’s Department Operations Center and the Emergency Management Operations.

JP Crumrine can be reached at [email protected]