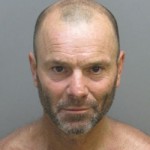 Ron Kimmerle, twice arrested and twice jailed within the last two weeks, was again released, this time on May 9. The reason given for the release by the clerk at Southwest Detention Center, at which Kimmerle had been incarcerated since May 7, was “the District Attorney would not file charges.”

Sgt. Wallace Clear, Special Investigations Supervisor Riverside County Sheriff’s Department Hemet Station, the agency that arrested Kimmerle both on April 27 and on May 7, had confirmed with Southwest Detention Center on Tuesday, May 8 that Kimmerle was still in custody and that bail had been set at $100,000. Later that day, the Town Crier confirmed the same facts with SWDC.

John Hall, District Attorney's Office Public Information Specialist, said regarding why charges were not filed, "We did not file any charges due to lack of sufficient evidence. And because there is no case filed, there is no further comment."