Idyllwild School’s Academic Performance Index (API) for the recently completed 2011-12 school year improved to 873 from 844. For the first time, Idyllwild is in the top statewide rank of schools with similar size and demographics.

Idyllwild’s improvement of 29 points was the best in the Hemet Unified School District. Helen Hunt Jackson Alternative gained 28 points and Hamilton Elementary was up 24.

Overall, HUSD, in a district wide average of its schools, lost a point, dropping from 754 to 753. Within the district, Hemet High School had the highest rating for a high school of 762, a seven-point improvement.

The API is a single number, ranging from a low of 200 to a high of 1000, which reflects a school’s or a school district’s performance level, based on the results of statewide testing. Its purpose is to measure the academic performance and growth of schools. The California’s Public Schools Accountability Act of 1999 created a new academic accountability system for kindergarten through grade twelve public education in California. The API was established to help measure school’s performance and accountability. 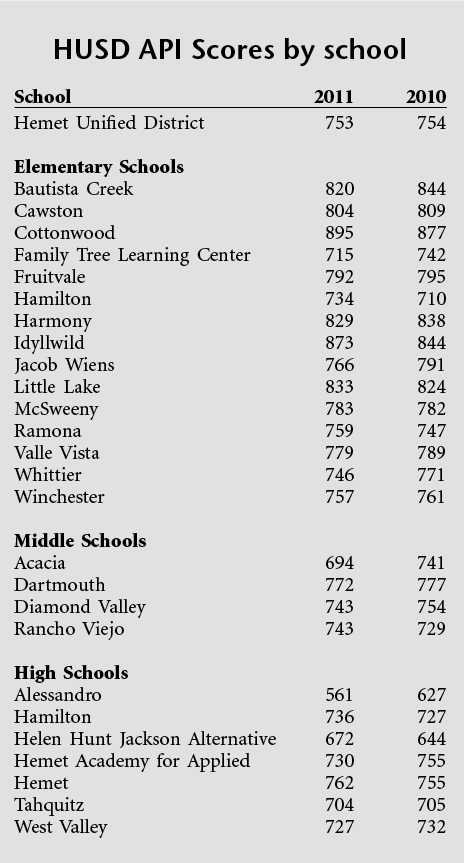