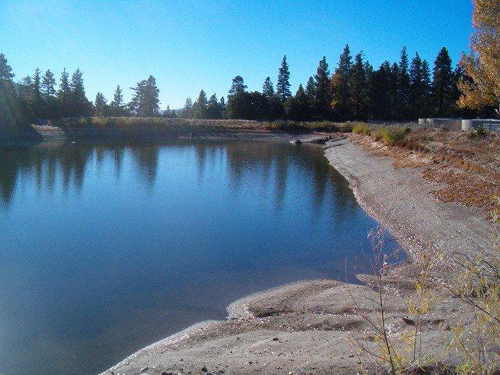 Idyllwild Water District directors have determined it is time to declare a Water Conservation Stage 1. At its Nov. 14 meeting, the IWD board held a public hearing to discuss replacing the current “Water Shortage Emergency Plan” (ordinance 60) with a new ordinance and concurrently to discuss the district’s water supply situation.

Following the hearing, at which no one attended, the board unanimously adopted a new ordinance (No. 62), which essentially limits the board’s decision to the water situation within the district rather than using data from Pine Cove Water District, which was part of Ordinance 60, adopted in November 1999. This policy required a joint determination.

The new ordinance is effective in 10 days and gives General Manager Terry Lyons authority to implement the appropriate water conservation stage for IWD. During the public hearing, Lyons recommended a stage 1 declaration.

“For several months Foster Lake has been dropping between two and three feet,” he told the board. “It’s currently at 7.5 feet and I anticipate if the Lake level continues to decline, with no rainfall or snow, the lake will be near empty by early February.” On Monday, Nov. 19, Lyons said the lake’s level declined further since the board meeting five days earlier.

The new ordinance has three criteria for assessing the need for a water emergency. One is whether the prior winter’s rainfall was less than 20 inches. From September through April, Idyllwild reported 19.5 inches of rain. The second criterion is whether Foster Lake’s surface level was below 18 feet level. While it was in May, Lyons reminded the board of its current level and that it’s worsening. Finally, rather than use PCWD’s monitoring well, Lyons recommended use of Well no. 10, which is at Foster Lake.

“Its production is down 40 percent and it’s one of our better wells there,” he said.

In April 2011, IWD withdrew its previous water emergency state. For the previous four years, the district had been in either Stage 1 or 2.

In conjunction with the water shortage emergency plan, the board also discussed how it would estimate water usage for new construction. Currently district fees are based on the number of water fixtures, e.g., sinks, faucets, and toilets. But Lyons recommended adopting equivalent fixture units, which is more closely correlated with the fixture’s actual water usage.

President Allan Morphett asked Lyons to bring the subject back to a future meeting after discussing the affect of sprinkler systems and water needs for fire with the Idyllwild Fire District.

In other financial business, the board accepted the 2011-12 audit.