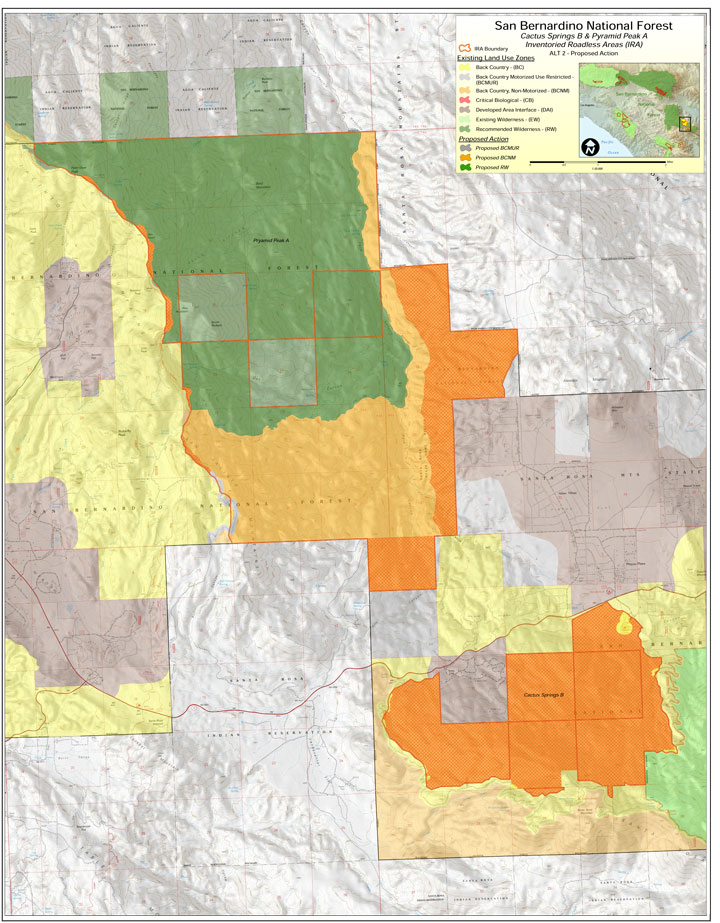 On Nov. 4, U.S. Forest Service officials announced their decision to make changes to the Land Management Plan for the San Bernardino National Forest. This is an amendment to the plan, which was originally adopted in 2005. Pyramid Peak A and Cactus Springs B are the two areas within the San Jacinto Ranger District affected by this amendment.

San Bernardino Forest Supervisor Jody Noiron’s decision maintains the 18,200 acres currently zoned as Recommended Wilderness while rezoning 10,000 acres as Back Country Non-Motorized. These areas are currently designated as Back Country and Back Country Motorized Use Restricted.

“My decision to change the zoning for approximately 10,000 acres is based on my desire to protect the undeveloped character of the areas while having the flexibility to accommodate a range of uses that are not permitted in designated wildernesses,” Noiron said, explaining her decision. “The intent in the BCNM areas is to retain much of the undeveloped character, maintain habitat characteristics for plants and animals, and to leave options (including wilderness) on the table for consideration in the future.”

The decision allows for continued fuels treatments around communities to reduce wildland fires threats. The amendment also maintains existing public motorized access and does not amend any permits or contracts. Noiron emphasized that the decision will not “change the suitability of mountain bike use on the SBNF. Mountain bike use is suitable in areas zoned as BCNM …”

The decision document emphasizes, “This plan level decision does not change the status of any existing road or trail, does not authorize any specific project activities such as vegetation management, does not amend any permits or contracts or authorize any activity allowed by permit or contract, and does not modify any prohibitions known as ‘Forest Orders’ issued under 36 CFR § 261 Subpart B.”

“My decision brings a higher level of protection to the additional acres, yet allows for continued public recreational use,” Noiron said in a press release. “The decision will not affect our ability to protect the national forest and adjacent communities from wildland fires.”