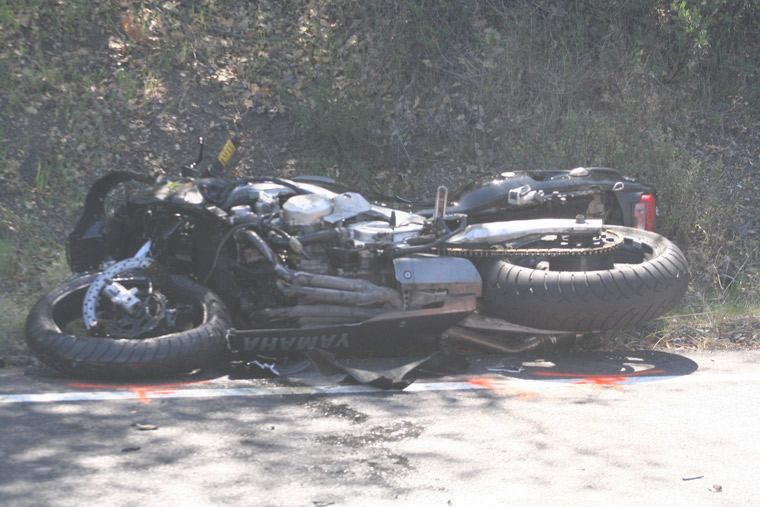 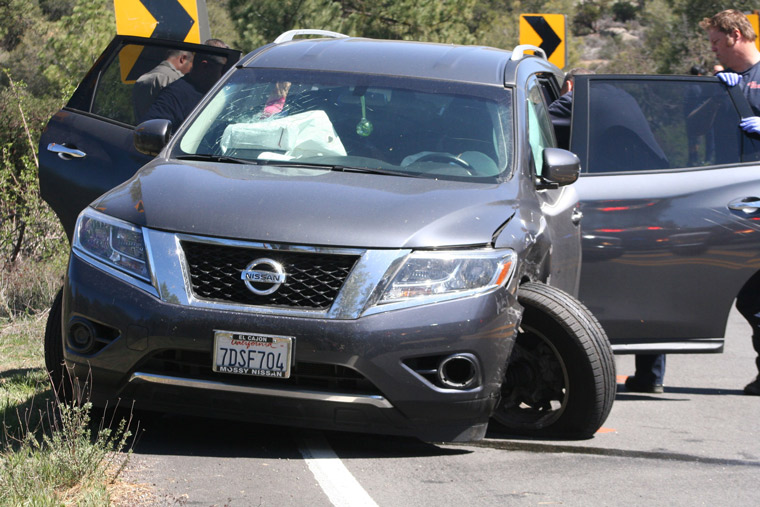 At 11 a.m. Monday, March 23, a motorcycle driven by Zachary Thibodeaux, 18, of Indio, collided head-on with a vehicle containing a family with two small children.

The collision occurred about a quarter of a mile north of Mountain Center on Highway 243. Thibodeaux was riding a 2003 Yamaha motorcycle northbound when, according to investigating California Highway Patrol Officer Mike Murawski, he crossed double-yellow lines on a curve and collided head on with a 2013 Nissan Pathfinder driven by Brian Philbin of San Diego. Neither Philbin, his wife Michelle nor their two small sons were injured. The children were properly strapped into their car seats in the rear of the vehicle, according to Murawski.

Murawski said eyewitnesses estimated Thibodeaux was traveling at 50 mph when he lost control of his motorcycle on a curve. Thibodeaux was at fault, said Murawski. From pictures taken by Town Crier co-publisher Jack Clark, it appeared as if Thibodeaux was thrown into the driver side windshield of the Philbin vehicle. The family was returning to San Diego from a weekend visit to Idyllwild when the collision occurred.

Thibodeaux possibly suffered a broken left arm and other injuries, and was transported by Mercy Air to Desert Regional Medical Center in Palm Springs.

“He was traveling too fast for road conditions,” said Murawski.

This collision marks yet another in a series of motorcycle crashes during the last four months in which moderate, major or fatal injuries were suffered.