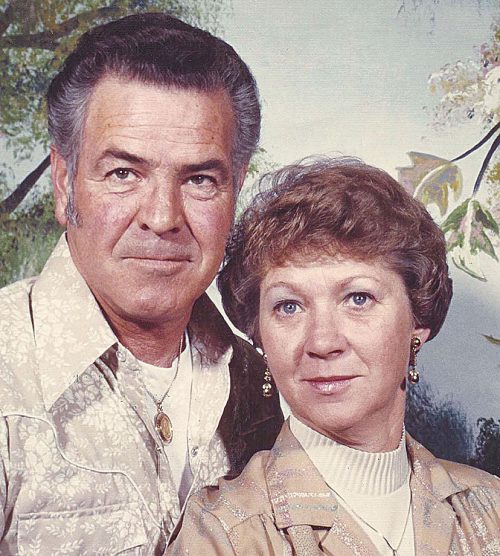 Both deceased some time ago, John in 2002, and Maxine in 2008. Both passed away quietly in Hemet.

Mr. Dykes was born on State Street in Hemet, and years later became the only marshal of the now-defunct Hemet Judicial District.

In Idyllwild, he first worked at the County Park, then later started a succesful security patrol business with his faithful dog Jingles.

It was John Dykes who first located and assisted in the arrest of the “rare” bank robber of the old Security Pacific Bank in Hemet.

Maxine was a waitress at the old Welch’s Carriage Inn, and later, Dr. Garcia’s receptionist. She also became a deputy marshal.

We all have many old friends on the Hill, and my parents are now listed in these obituaries. It is hoped that they shall rise and meet us and others “in the air.” (I Thess. 4:16-18).