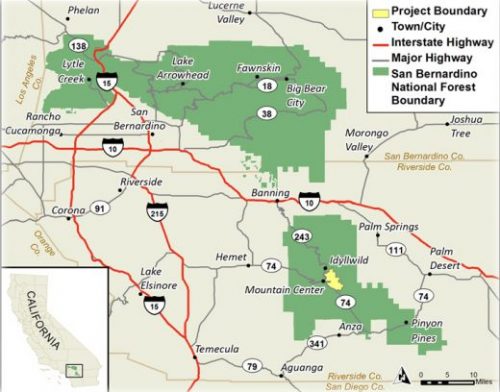 Nearly four years after the U.S. Forest Service began its review of the May Valley trail complex, San Jacinto District Ranger Arturo Delgado made a final decision on the configuration of its official trail system in May Valley.

A proposed action had been announced in October. Delgado reviewed the environmental assessment, public comments and the analysis of the proposal before issuing his decision on Dec. 21.

“I am very pleased to sign the decision today and express a huge thank you to everyone that has participated in the process,” wrote Delgado in a press release. “The community and our staff are ready to initiate the project, and we anticipate beginning work in the spring.”

Delgado’s decision makes some slight changes to the proposed action. He did not adopt trails 5 and 31 into the trail system, but portions of trails 11, 19, 22 and 23b (which were recommended in Alternative 3) were adopted. Also, the northern-most trailhead on May Valley Road near Saunders Meadow was not adopted in his decision.

Delgado stressed that he read and heeded the tribal comments regarding potential effects on cultural sites and artifacts. Also, citizen concerns about trespassing were critical. This resulted in rerouting some trails, not adopting some and installing a gate to limit access to private property and excluding the northern trailhead.

For more information about the project and the decision, visit the Forest Service’s project webpage at