Pacific Crest Trail hikers are a special breed. There are only a few thousand world-wide. The number of hikers who finish the 2,600-mile trail is now approaching 3,000.

Unfortunately, this past season, David O’Sullivan from County Cork, Ireland, did not finish his trek. O’Sullivan has not been seen since his visit to Idyllwild in early April.

His family reported him missing in May and nothing has been seen or heard from David in the past seven months. 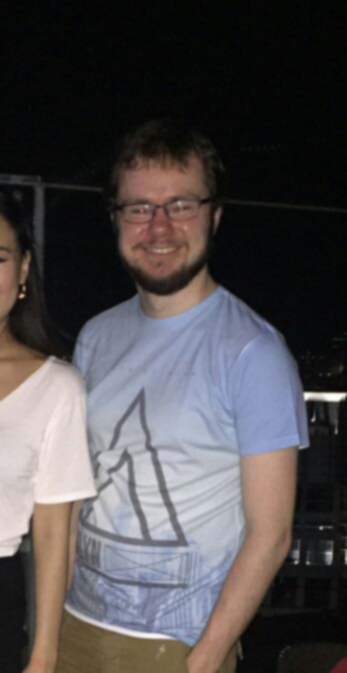 Last week, his mother and father, Carmel and Colin, flew to the United States to learn more and hope something might turn up. They spent several days in Idyllwild, including a trip to the PCT where it crosses Fuller Ridge.

“April 7 was the last time we heard from him,” said his mother. “He was in Idyllwild and there have been no more communications.”

While here, his parents visited several places to which their son may have gone.

“We went to the library. They have a board with PCT stuff and we saw a sticker from South Ireland,” Carmel said. “They remember him, but don’t know if he put the sticker on the board. It was nice to see he was there.”

“The library would be ideal for him,” added Colin.

Besides Idyllwild, the O’Sullivans visited with the police and others who have been searching for David. “We just wanted to get them together,” they said.

David, 25, left his home in Midleton, County Cork, Ireland, on March 20. A novice hiker, he started in Campo on March 22 and had planned a five-month hike of the entire PCT from the border with Mexico to that with Canada.

“He hiked a bit, not a lot,” said Colin. “He was mostly a day hiker. But he did train with weights on his back. He walked every day with the weights.”

David also tried to replicate the elevation he would be hiking on the PCT, but his father noted that the tallest peak in Ireland is 3,900 feet.

“He did a lot of research about the trail,” Colin added. “He was very disciplined.”

O’Sullivan is 5 feet 10 inches tall, weighs 154 pounds, has brown hair and blue eyes, wears glasses and has a heavy Irish accent. The missing person report was filed in the U.S. with the Murrieta Police Department.

In an email after returning to Ireland, Carmel wrote, “Myself and my husband received the warmest welcome from the people of Idyllwild for which we are grateful. As you can imagine we arrived under very difficult circumstances looking for information about our missing son. We hope your story will jog the memory of someone who may have given him a lift out of town on April seventh and place him on the correct trail for the searchers who go out on trail at weekend.”

They asked if anyone has information to contact Lt. Zach Hall at the Sheriff’s Department Hemet Station or the Murrieta Police at 951-304-2677.