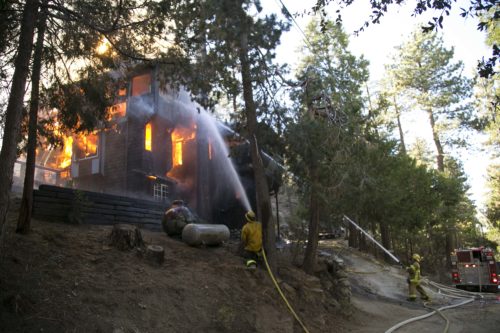 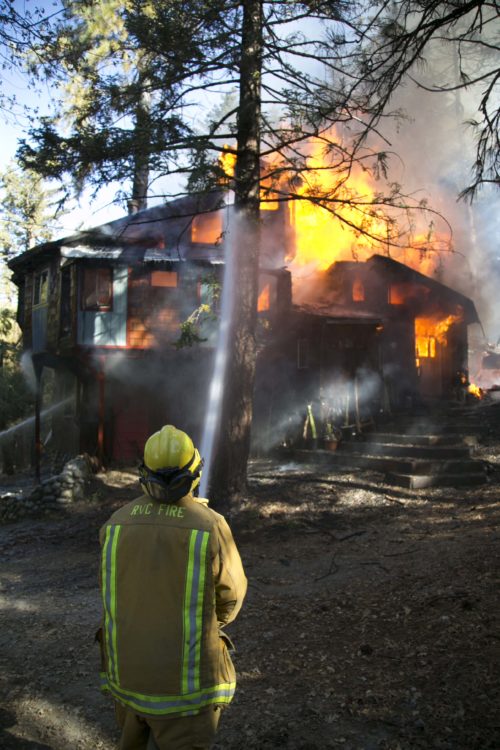 All photos by Jenny Kirchner.

About 12:45 p.m., a structure fire was reported on the 52900 block of Fern Land Drive in Pine Cove. Cal Fire reports it is a 2 1/2 story home and about a half acre of vegetation involved so far.

Cal Fire (Station 23), along with fire fighters from the San Bernardino National Forest's San Jacinto Ranger District and the Idyllwild Fire Department, all responded to the blaze. There were a total of nine engines, 30 firefighters and a helicopter putting the blaze out 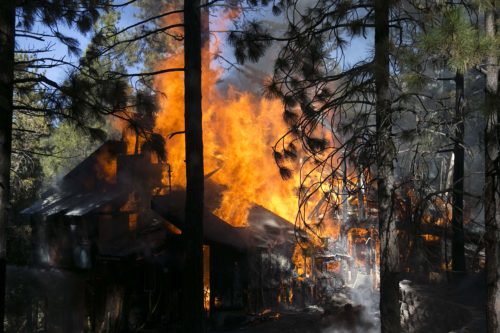 Cal Fire has reported, "The cause of the fire was determined to be improperly disposed fireplace ashes. One adult male was displaced."

There were no injuries. 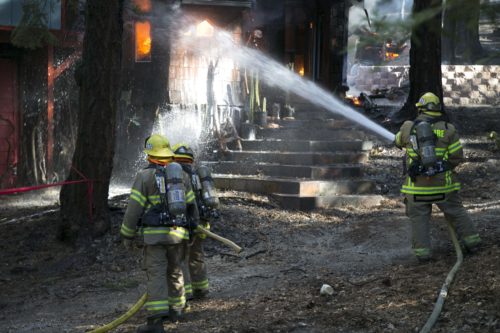