On Friday, Jan. 11, 2013, at approximately 4 a.m., Idyllwild Fire Protection District was dispatched to a structure fire in the 26000 block of Saunders Meadow Road, near Crestview Drive. The Incident Commander was Idyllwild Capt. Jim Reyes.

Upon arrival at the scene, personnel found the residents outside of the house. Apparently they awoke from the smell of smoke and traced it to the basement, which was then engulfed in smoke. Further investigation found a small fire underneath the fireplace — between the first floor and the basement ceiling. 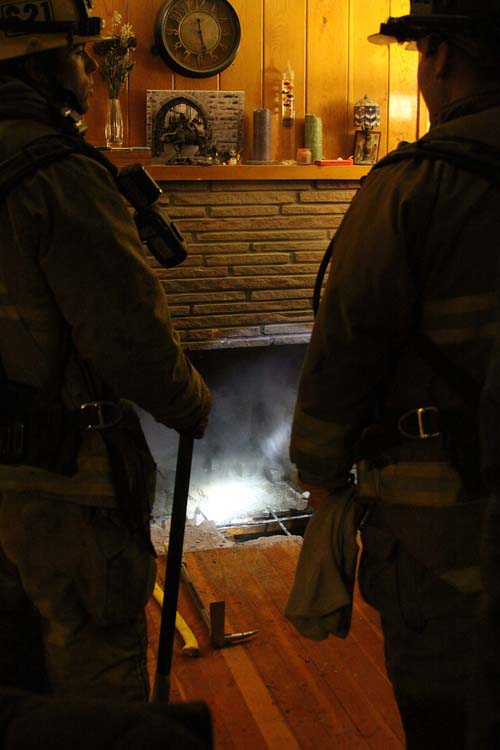 It took approximately 90 minutes to completely locate, expose and extinguish the smoldering fire and render the occupancy safe for the residents.

One member of the household had smoke inhalation and was treated at scene. No other injuries were reported.

The fire was extinguished using approx. 250 gallons of water. No damage estimate was available at the time of the incident, according to Idyllwild Fire Chief Patrick Reitz.

Additional mutual aid units CAL FIRE were canceled prior to their arrival on scene.

IFPD reminds everyone to have working smoke detectors, and for those that heat with wood and propane to have a working carbon monoxide detector.