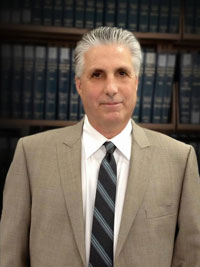 Philip Drucker, La Quinta resident, lawyer and law professor, is running as one of two Democrats in a field of five to represent California Senate 28.

“I don’t need a job,” said Drucker. “I’m an attorney and a professor. I can always work. I’m not planning to go up there to begin a career in government.”

Drucker cites the founding fathers’ beliefs that those who serve in government should be citizen politicians who serve long enough to be competent and effective, but then return to their previous careers.

“I’m also running to be a voice for confronting what is irrational and illogical in how legislators solve the problems citizens expect government to address,” he said. “It’s time the 28th [Senate District] went in a more logical and timely direction.” He explained that with technological advances, the problems government addresses are changing quickly and that holding on to old models and programs, simply because they have long been in place, is just “irrational.”

On day one, if he is elected, his key priorities would be addressing the reclamation of the Salton Sea; advocating for an oil extraction tax, attracting more green-energy companies and making the state pension system secure. “Riverside County and the 28th have the land [for solar], the wind and geothermal as clean-energy sources,” Drucker observed. “We must begin building now to transition from non-renewable sources.”

He noted the opportunity for county-based universities and colleges to become leaders in training new generations for careers in renewable energy research and creation of infrastructure. “College of the Desert [in Palm Desert] is one of the leaders in the nation at this time,” he said. “But we have the opportunity to become known for offering educational programs in clean energy. More local university and college training courses will attract more companies and produce more jobs.”

He pledges to confront irrational and inefficient existing and proposed programs and budget allocations, even if that requires bucking his own caucus. He calls himself a fiscal conservative who is more progressive on social issues. When asked how California funds attract new energy developers, he said, “I would institute an oil-extraction tax on major oil and gas producers,” he said. “We are the only [oil-producing] state, including Texas, that does not have an oil-extraction corporate tax. California is fourth in oil production behind Texas, North Dakota and Alaska all have extraction taxes.” A previous extraction-tax advocate, Tom Steyer, a billionaire hedge fund operator in 2013, estimated annual revenues of from $1 to $2 billion from the tax. ”It’s irrational to forgo the tax,” Drucker stressed. “We must level the playing field. Stop the extraction without a tax. It’s irrational to have artificial controls in place simply because they’ve been in place for a long time.”

Another of his concerns is the Salton Sea. “If the lakebed dries completely, the salt and chemicals from the bed lifted into the air would be hazardous for agriculture, animals and people, especially those with respiratory conditions,” Drucker said. He noted studies done on how to restore the lake to health. “It’s been studied to death. Now it’s time to begin solving the problem by putting some shovels into the ground.”

He also believes that unsustainable pension fund obligations must be addressed through good faith bargaining, although he acknowledges as a law professor, that it’s an emotionally difficult problem to solve since pensioners believe they are  entitled contractually to what had been agreed.