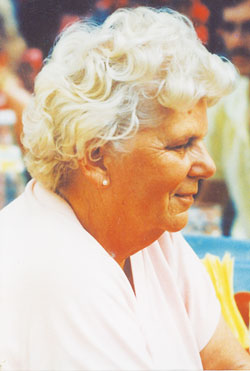 In loving memory of Marianne Goellnitz. Marianne was 91 years old.

After coming from Germany in 1957, Marianne resided in Idyllwild beginning in 1960.

Marianne worked at the Schwartzwald Haus (the old Chart House) in Fern Valley, and the Tirol restaurant for Robert Balzer in Pine Cove.

After moving to Orange County for some years, Marianne returned to Idyllwild to retire.

She is greatly loved by all who were blessed to know her, both family and friends.

She will be greatly missed. We love you, Oma, with every microscopic dribble of our hearts.