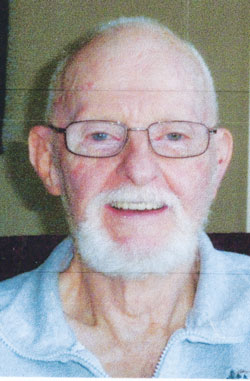 Mike was born in San Pedro, California. Mike’s father was from Ireland and his mother from Colorado Springs.

He enjoyed working in the commercial aircraft industry at Douglas Aircraft Co. in Long Beach. He lived in Belmont Shore, Lakewood and Orange County until retirement to Idyllwild in 1994.

He was a lifetime member of the National Rifle Association, California Rifle and Pistol Association, and Sons of the American Legion.

He is survived by his wife, Bobbie Hynes; a son, Charles; a daughter, Vickie; and three grandchildren.

There will be no funeral and his body will be cremated and sent to sea where he may surf eternally. In lieu of flowers, Bobbie asks for your time. She wrote, “Stop, hug your loved ones, have a drink of your choice as Mike would have had a beer, and enjoy your life the way he did his.”