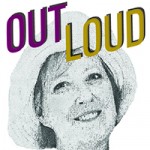 The idea of living simpler and living closer to nature appeals to many and is making a comeback.

Bill and Edna Price became experts at it when they traveled with burros for 10 years between Death Valley and the Grand Canyon, more so than the movement being explored today among young people.

The Prices hunted and gathered their food, worked at whatever jobs they could find along the way and slept in hideous places.

Unlike the traveling life, living and working more outdoors, being close to the land, keeping chickens for eggs and meat, goats for milk, alpacas for fur, growing a garden for vegetables and herbs, and giving up possessions are conversations I hear more and more from young families.

I, too, experienced that desire in the 1980s along with a movement of young families in Prescott, Arizona.

There, we started food cooperatives, milked cows, raised chickens and settled homesteads. Some of us hauled water into backwoods properties.

I don’t know what happened to those people I once knew — if they, like me, grew tired of the hard work involved in not having conveniences.

But Bill and Edna also went back to civilization, settling in Idyllwild where Bill became the first fire chief and Edna a nurse and probably Idyllwild’s first paramedic. Why did they settle down? Edna was pregnant. That would do it for me, too.

“Burro Bill and Me” is a wonderful read, especially for anyone contemplating a simpler life and doesn’t mind hard work. This week's story talks about the new version of Edna’s adventures with Bill.