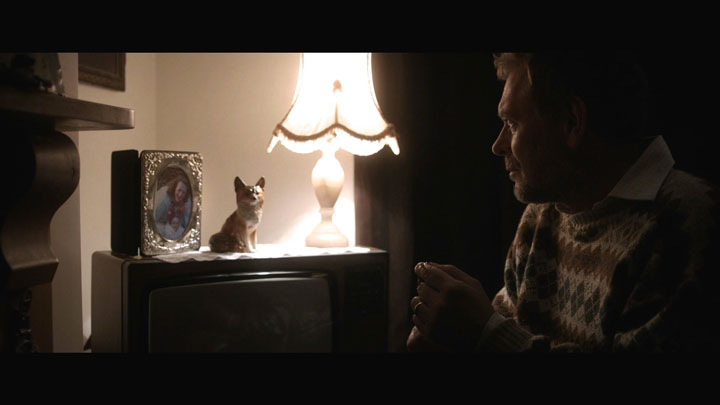 At 7 o’clock Wednesday evening, Jan. 7, those attending Idyllwild 2015, will be able to watch the premiere of “Solitary.” “It’s a deeply personal script,” said the film’s writer and star Katharine McEwan, and producing the film “was an all-consuming experience.”

The movie is about an adult woman returning home to an aging father. The troubled woman struggles to oconfront her past and reconnect with her estranged family.

McEwan quickly clarified that the movie’s plot was not autobiographical. But she was born in England and lived there until her late teens. Consequently, she is too familiar with a culture that has difficulty discussing and addressing personal issues from the past. The stiff English upper lip is how one might characterize this trait.

“There’s a code of shame actually in England that can be very damaging,” McEwan stated. She hopes “Solitary” is able to bring some small changes to this excessively private culture.

After traveling the world and finally landing in Los Angeles, McEwan felt the differences between the two continents. “I was attracted to American culture because Americans are naturally more open about their experiences. In England, we don’t talk about it,” she said forlornly.

She left home at 18, went to Australia and then much of the rest of the globe. She eventually chose to make Los Angeles her new home. In her mid-20s, she arrived at the point where she realized that a career was her next step.

“The only one thing that I’ve always loved is acting. It allows me to enjoy the Bohemian life style I wanted,” she said. So to develop her craft, she attended drama school in England. While there she met a faculty member, Sasha Krane, who became her husband and director of “Solitary.”

When asked if it was hard to leave the filming work on the set, she replied, “I’d love to leave it all at work. But it’s difficult not to have brought it home.”

McEwan, who has been acting since her late 20s, also realized, “Much like other actors, I was competing with actors already established and with impressive careers. If I waited for the phone to ring, I’d be waiting a long time. So I decided to create my own role.”

Thus, “Solitary” was the idea that took form. She began writing her first script and completed the original script for “Solitary” quickly. “But it took a year to re-write and make workable,” McEwan said. “Screenplay changes like blueprints.”

In order to see her script filmed and her in front of the camera, McEwan also had to take on other filmmaking roles, particularly fundraising. During this period, she had to make re-writes in order to accommodate the budget available to make the film.

She also involved her friend Sarina Taylor as producer. “Incredibly supportive to work with a dear friend who has an artistic vision,” McEwan said.

Taylor’s husband is Roger Taylor, former drummer for Queen. He provided original music for the film, including three instrumental songs that serve as background music in the film and during closing credits.

Anxious to see reactions to her first film, McEwan described the process and her evolving future, “The spirit is really making more of life than what life limits you.”