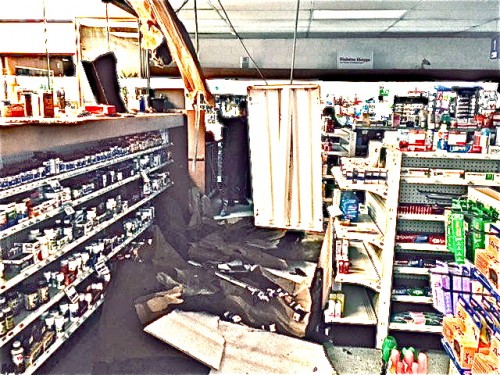 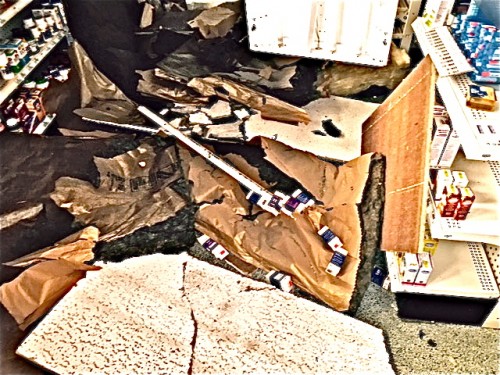 Around 1 a.m. Saturday, a would-be thief or thieves broke into Idyllwild Pharmacy.

Riverside County Sheriff’s deputies were on the scene within 11 minutes of the alarm being activated, and a sheriff’s helicopter quickly responded as well.

The burglar or burglars came in through the roof and made a mess of broken ceiling sections, while one burglar lowered himself to the floor. Although damage was done to the telephone system with cutters, that did not prevent the alarm system from activating.

The burglar inside the store was caught on security video. One pharmacy employee stated that he appears to be a young male about 5 feet, 6 inches to 5 feet, 8 inches in height. According to the pharmacy employee, he was wearing a dark hooded sweatshirt, perhaps black or green, and a light-colored scarf or mask over the lower part of his face. At one point in the video, the mask or scarf drops down off his nose and the top half of his face is visible.

At present time, it appears nothing was taken. The burglar or burglars may have fled when the alarm system could not be disarmed. Fear of rapid response by sheriff’s deputies — which, indeed, occurred — may have contributed to the perpetrator(s)’s departure.

The phone system already was back up and running Saturday. Owner and Pharmacist Barry Shapiro states that other repairs were rapidly being made, and he expects that additional anti-break-in precautions will be put in place to discourage further occurrences of this type.

Shapiro also is offering a $500 reward for information that leads to the conviction of the burglar(s). 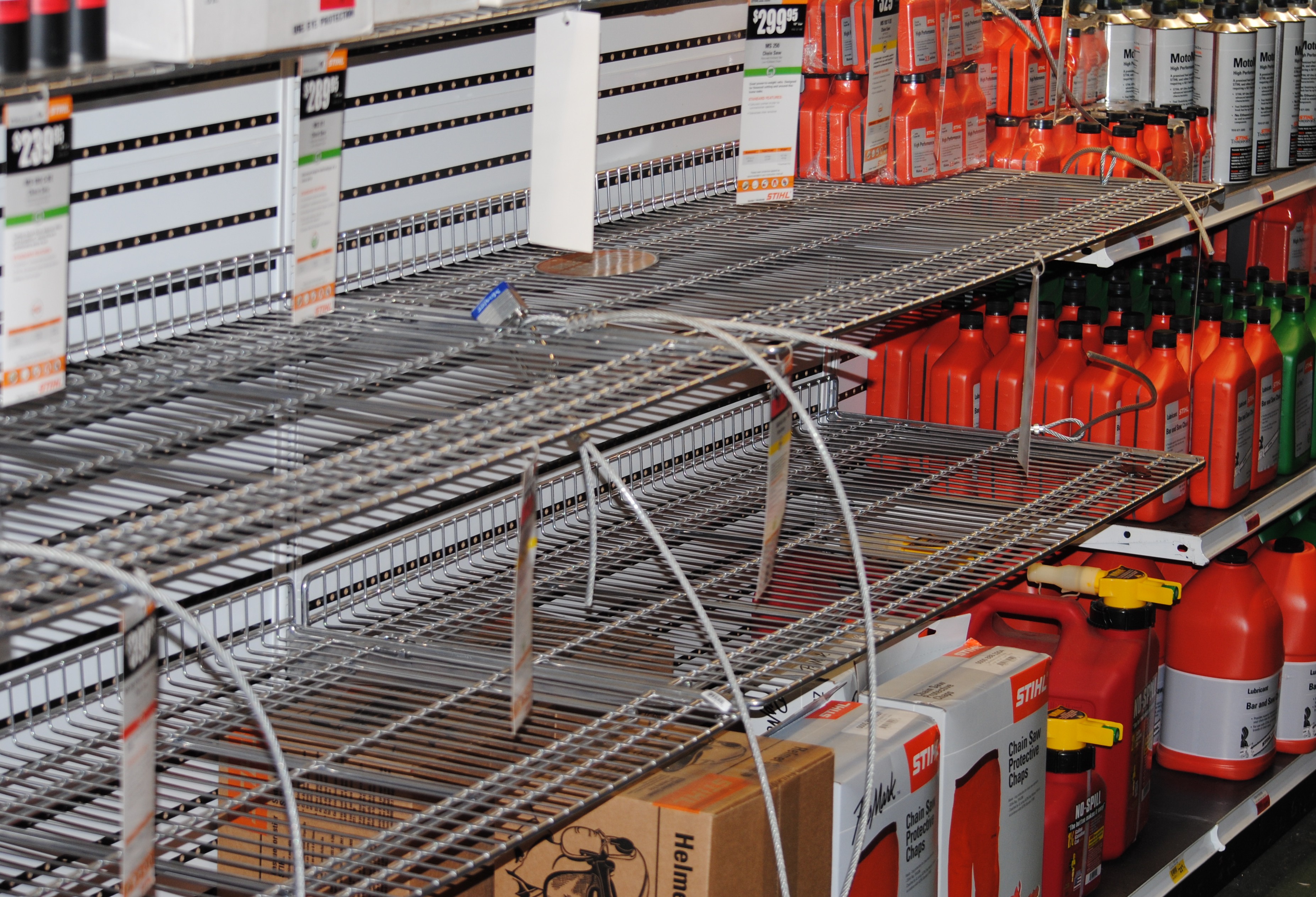 Another break-in at Village Hardware