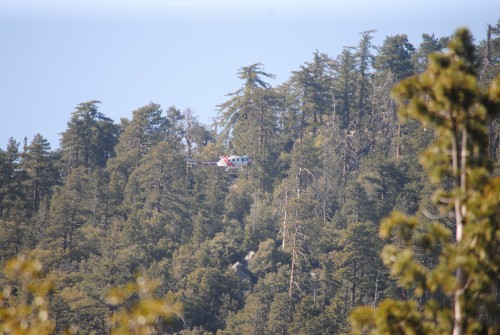 Cal Fire/Riverside County Fire reported that the  rescue involved a rock climber who fell and was seriously injured near the Forest Haven Trail. The patient, an adult male was rescued by Cal Fire Helicopter 301, transferred to a ground ambulance and then air lifted by Mercy Air to an area hospital. The rock climber was with three others who were unharmed.