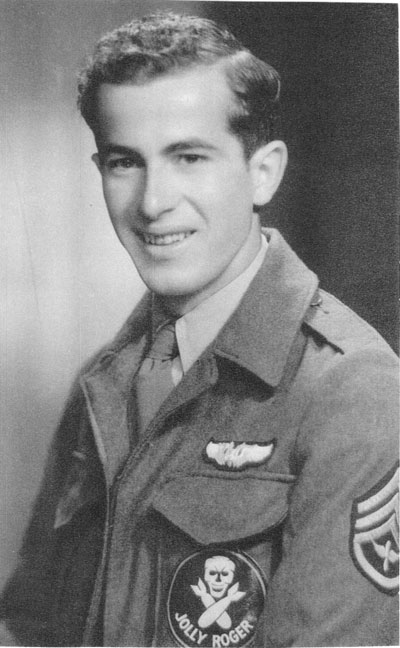 He joined the Army Air Corps (now the Air Force) after Pearl Harbor and was part of a B-24 squadron known as the Jolly Rogers. He achieved the rank of staff sergeant and worked primarily as a nose gunner but also was a tail gunner and saw many hours of active combat in the Pacific Theater.

Although they grew up in neighboring small towns, he never met his wife, Jean, until he came back from the service. They were married in 1948 in Lake Linden, Michigan. They had a son, Michael, and a daughter, Susan.

Then they moved to California where they scrimped and saved, and bought a house in Van Nuys. After moving to California, he and Jean had three more children — two sons, Larry and Mark and a daughter, Karen.

Joe was one of the founding parishioners for St. Bridget of Sweden Catholic Church in 1955 and went around the nearby neighborhoods recruiting new parishioners. He stayed very active in the church for many years, as well as the Knights of Columbus. He worked countless hours doing volunteer work for the food bank and other volunteer groups.

Joe worked hard for many years but always found time for family. For the past 20-plus years, Joe and Jean also were part-time Idyllwild residents where they spent as much time as possible.