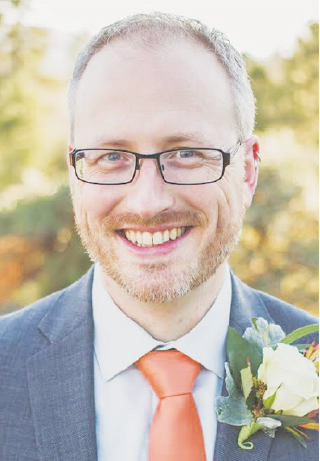 James was born in Stockton on Nov. 29, 1977, to James Larkin and Letitia Hanlon Larkin.

James attended Delta Island Elementary School and West High School in Tracy. After high school, he attended Cal Poly in San Luis Obispo where he met the love of his life, Rachel. After college, James and Rachel moved to Idyllwild and made it home.

Together, they completed their family with the additions of Opal Leigh and Jasper James.

James spent many years working for the local paper, the Town Crier, but then chose to pursue additional education and became a speech therapist. He used his passion for language and Spanish fluency to work with autistic children in the Coachella Valley. He recently completed his master’s degree in communication disorders.

During his short life, James had the opportunity to travel the world. He lived in Spain, and traveled to Japan and North Africa. He was a lover of history, art, music and language. He loved his family and was a devoted husband and father.

James is survived by his wife, Rachel Welch; and their two children, Opal, 5, and Jasper, 21 months. He also is survived by his parents, Jim and Letitia Larkin; his sisters, Amy (Chris) Lopes and Andrea (David) Payne; and his nieces and nephews, Stephen and Joshua Lopes, and Reagan and Lauren Payne.

A Rosary service was to take place at De Joung’s Memorial Chapel in Stockton at 6 p.m. Tuesday, June 13. Funeral services will occur at 10 a.m. Wednesday, June 14, at St. Patrick’s Catholic Church in Escalon. A reception will immediately follow Mass at Roberts Union Farm Center in Stockton.

An additional memorial service will take place from 2 to 4 p.m. Sunday, July 2, at the Rainbow Inn in Idyllwild.

In lieu of flowers, donations can be made to the James Larkin Memorial Fund at www.youcaring.com/rachelwelch-839647.