The strong winds, Saturday, Dec. 26, blew steadily all morning in Idyllwild. Gusts were between 40 and 50 miles per hour, according to the National Weather Service sites. But about noon, a tree fell in Fern Valley and much of that neighborhood lost electrical power. As of Monday morning, according to Southern California Edison, about 272 homes are still without power and Edison did not have an estimate of when full power will be restored.

On Saturday, Upper Rim Rock was closed at both ends at Fern Valley Road. Rim Rock Rd., near Cougar, was also closed after electrical lines were down at about 6 different power poles.

Later in the afternoon, about 3:45 p.m., a large tree took out a garage and downed cable lines on Lodge Road. No one was at the residence, and the house didn't appear to be damaged, according to photographer Jenny Kirchner.

All photos by Jenny Kirchner 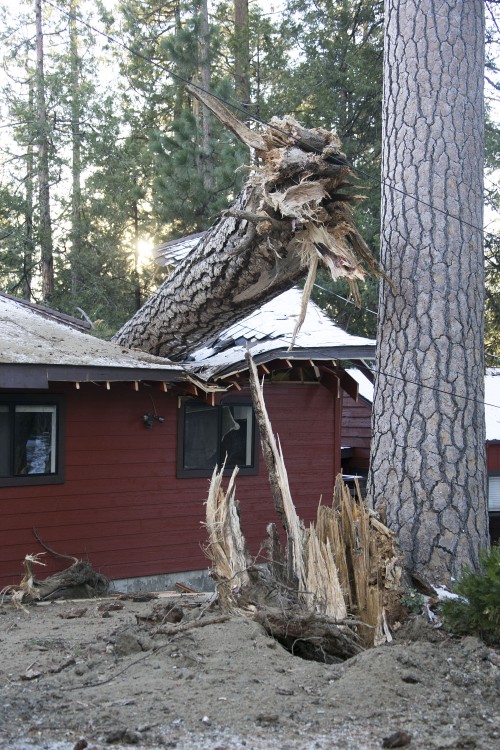 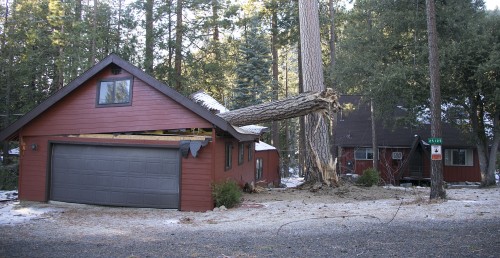 Before the tree fell, there was concern of fire at the Idyllwild Pharmacy. The smell of burning wires inside Idyllwild Pharmacy prompted a call to emergency personnel at about noon on Saturday. After Idyllwild Fire and Riverside County Fire investigated inside and outside the building, the cause was a malfunctioning heater. No injuries were reported.