At about 7:30 p.m. Tuesday evening, power lines went down across Tollgate Road near Delano Drive due to extreme weather conditions. A small fire was sparked due to the live wires. Idyllwild Fire shut down Tollgate in both directions.
Power was restored about 2:30 a.m. for the homes in the area.

Idyllwild Fire Department kept traffic away from the lines until Southern California Edison arrived. They needed additional equipment, according to Fire Chief Patrick Reitz, which is why the outage continued into early Wednesday morning. 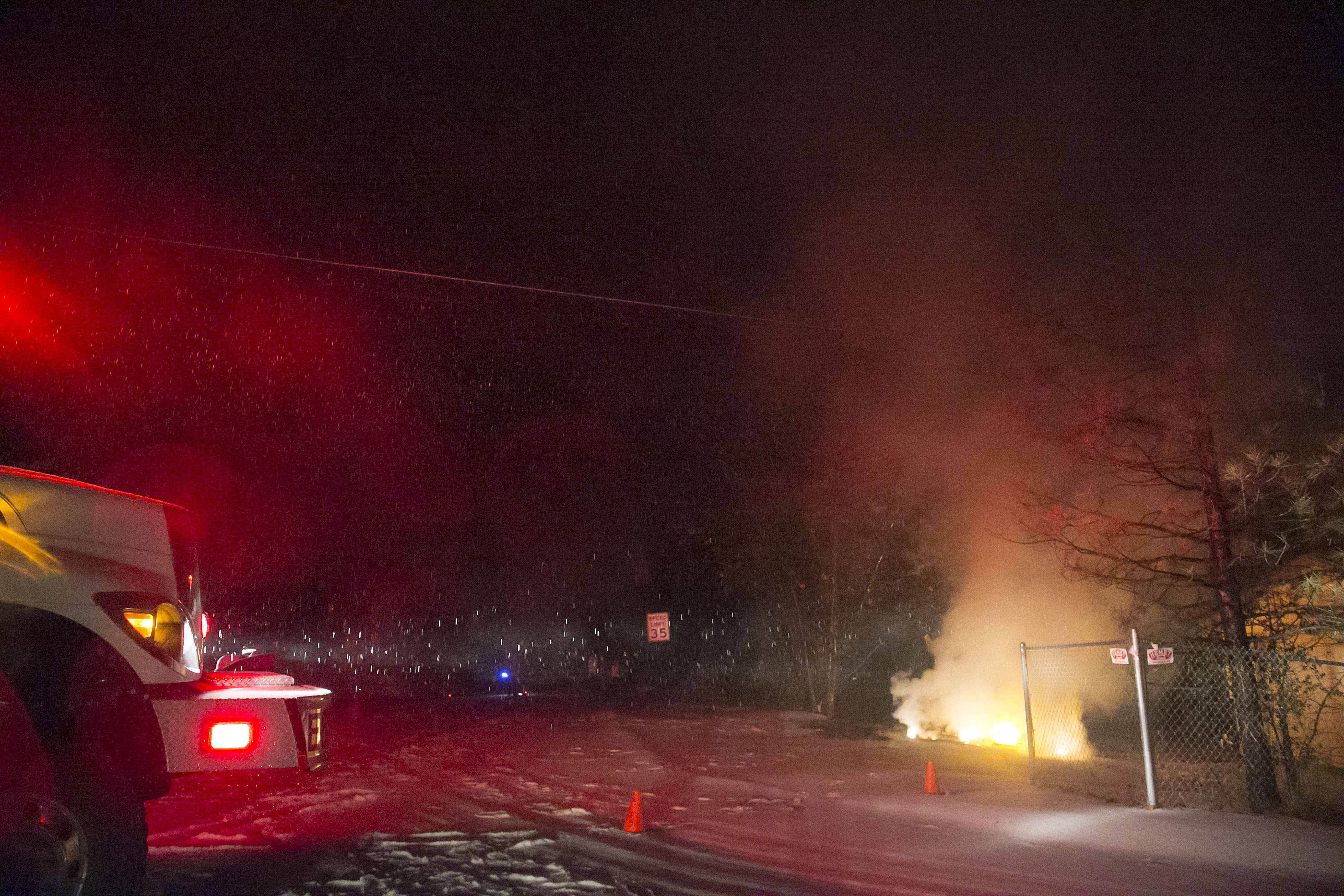 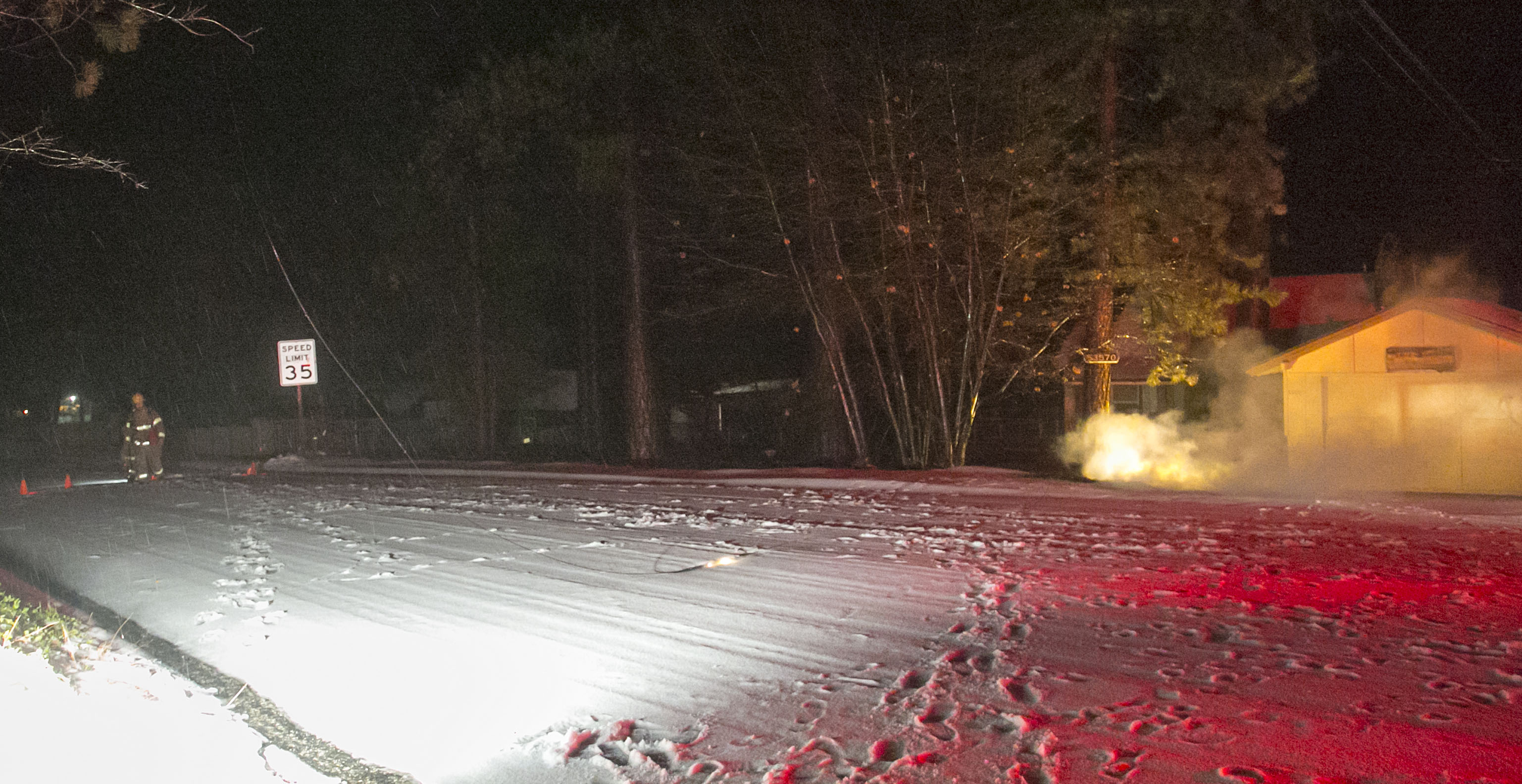 Live wires across Tollgate spark in the snow Tuesday about 7:30 p.m. No injuries were reported, but many residents lost power, waiting for Southern California Edison to arrive. 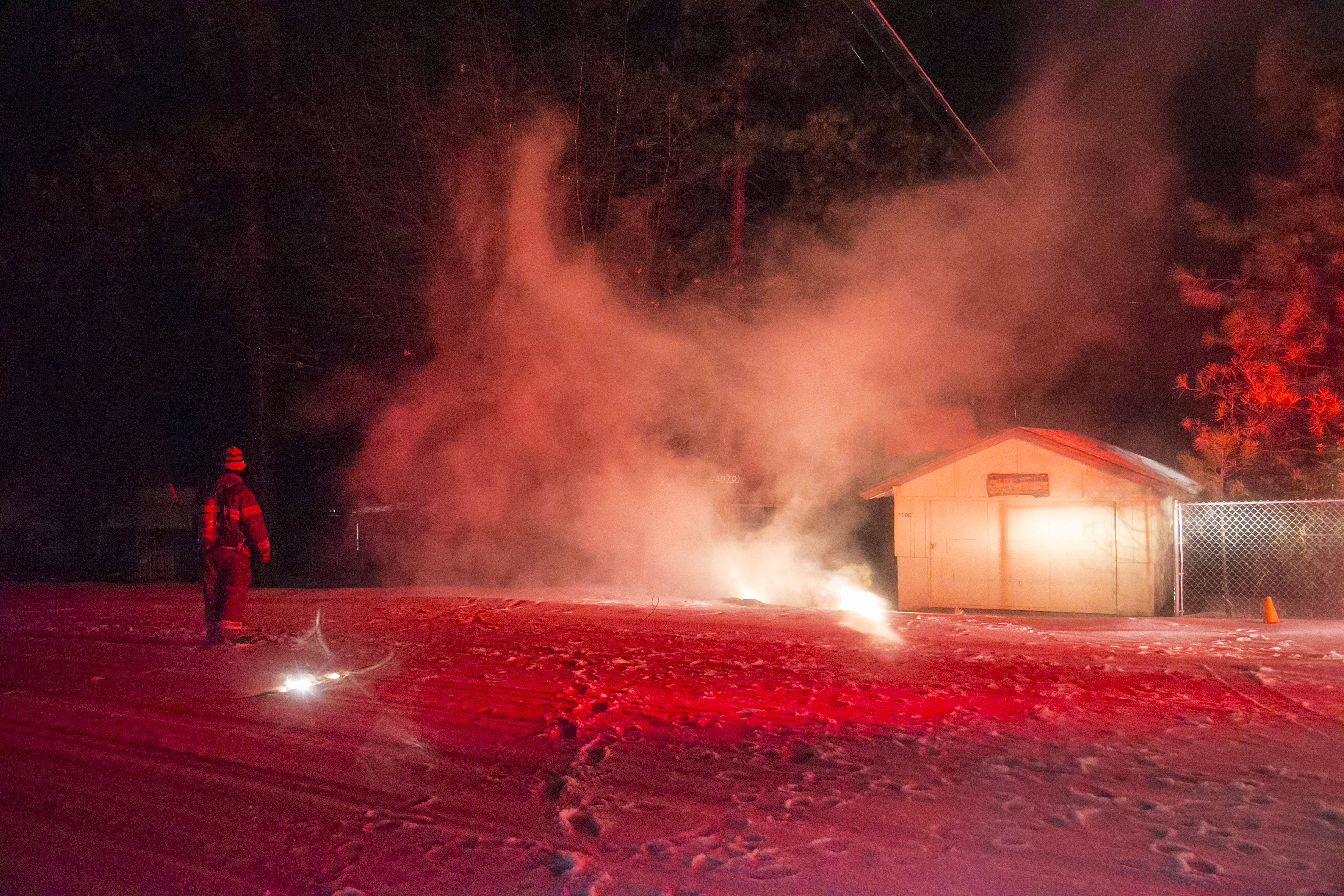 The storm also brought down a large tree on Tollgate. Photo by Samantha Hallburn. 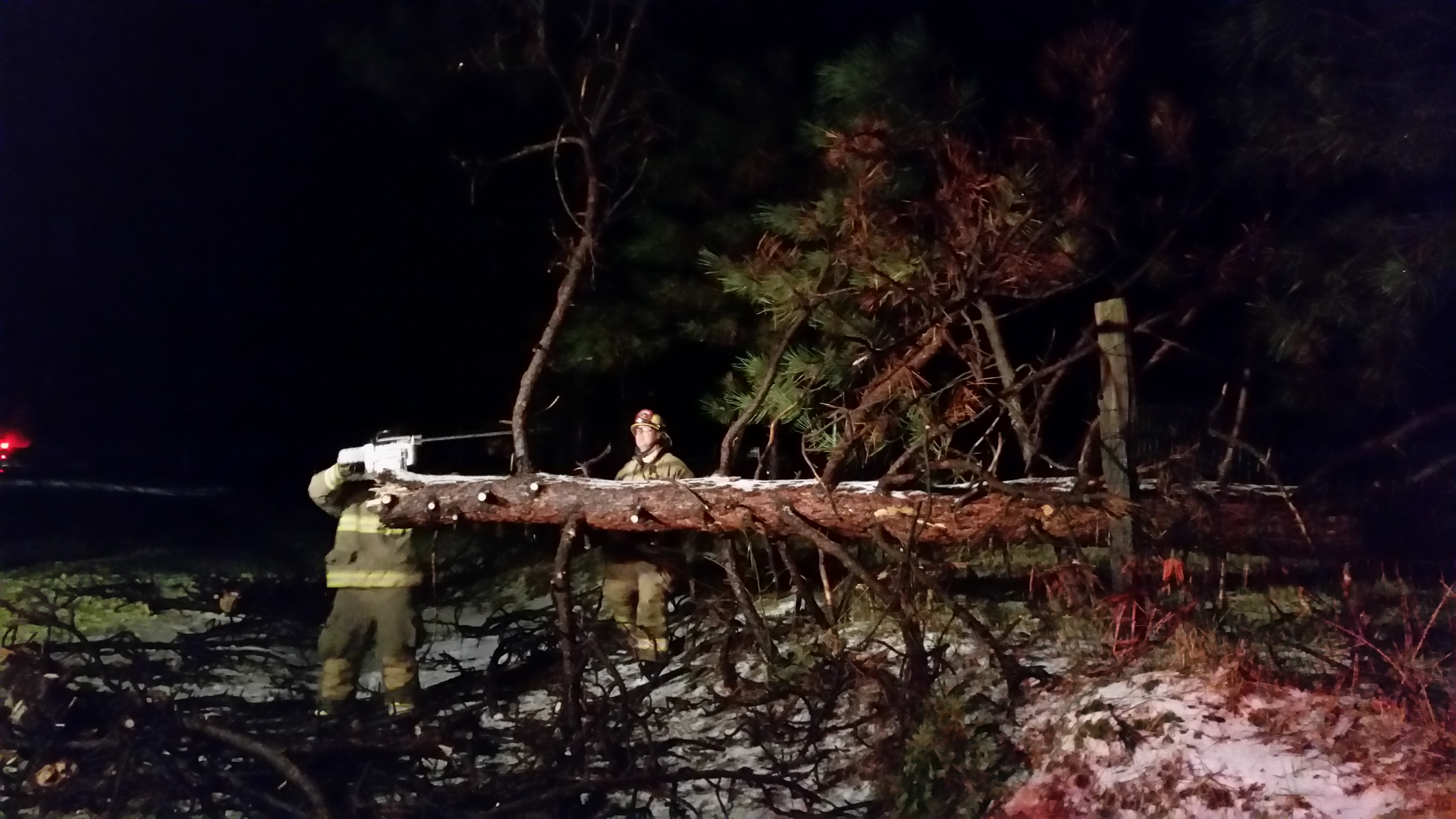