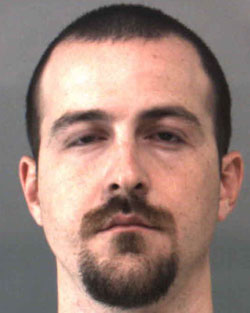 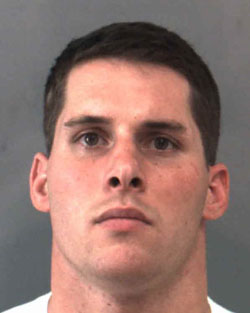 Both had been arrested for the triple murder in March 2014, but nearly seven months later, the Riverside County District Attorney’s office dismissed all charges against Pape and Smith.

In obtaining a warrant for their re-arrests, new information was revealed. One of the major items was the retesting of DNA found at the scene, which matches Smith’s. According to the sheriff’s office, the chances of the DNA being misidentified is 1 in 28 trillion.

“Smith denied ever being present or near the scene of the murders,” said Lester Harvey, an investigator with the Sheriff’s Department in a statement seeking a warrant to arrest both men.

Also, a better forensic analysis of cell-tower data places Smith and Pape together on Monterrey Avenue, which becomes Highway 74 to Pinyon Pines, before the murders. This contradicts their earlier statement that they had never left the Cathedral City area.

And a confidential informant has been identified who alleges Smith admitted to being involved in the arson and saying, “Something went wrong and we torched the whole f---ing place.”

On the night of Sept. 17, 2006, Becky, 18, her mother Vicki, 53, and Vicki’s boyfriend Hayward, 55, were found dead at their Pinyon home. Becky’s body was found burning in a wheelbarrow outside the house. The other bodies were found inside the burning home.

Pape was Becky’s former boyfriend. The two men were arrested in March 2014 and charged for the three murders. Then on Oct. 6, 2014, nearly seven months later, the DA’s office dismissed all the charges against Pape and Smith.

Three counts of murder, with a special circumstance allegation of committing multiple murders, were filed on Wednesday, June 8, against both men,

Both Pape and Smith are in custody without bail currently. Their arraignments were scheduled for June 21.