Riverside County Sheriff Stan Sniff is up for re-election in 2018. His challengers are from within the Sheriff’s Department and another 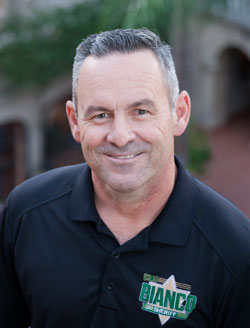 Lt. Chad Bianco works at the Hemet Sheriff’s Station. He is one of several lieutenants who have been assigned to that station in the past several years. He also is in a difficult situation, challenging the head of the agency, while trying to remain a dependable employee.

Bianco was a candidate in 2014, so he understood the situation he would face and accepted when he announced his candidacy for 2018.

Nevertheless, he feels that his political gambit has negative effects on his daily job. “I’m being treated differently for running for sheriff,” he said. He believes his assignments have changed and the department is trying to keep his name out of the print media. “I just sit in the office. Email is my only responsibility.” Sometimes he will try to help people in the station’s lobby.

In a statement to the press, Sniff said, “The Sheriff’s Department has thousands of deputies, detectives, sergeants and civilian employees who dutifully complete the tasks our agency needs them to handle. Our organization, like any other, needs all employees to do their assigned and required jobs, rather than determining on their own how they might personally desire to spend their work time.”

As an officer with considerable experience, Bianco feels he should be doing more than helping on press releases.

“It a shame. Our department is not run to its benefit for the public,” Bianco claims. “It runs to make sure Stan [Sniff] gets elected.”

Last summer, when the county’s management consultant, KPMG, began its study of work processes at the Hemet station, Bianco was the contact. But he claims he had no contact with KPMG. “I only saw a summary of their work every week. This was very frustrating for me.”

Bianco was assigned key staff analysis responsibilities for the Hemet station’s critical KPMG patrol model testing well before ever announcing any 2018 run for political office. After his later announcement that he was seeking political office, his assignment was left in place, without change, Sniff said in his statement.

Last fall, Bianco said he responded to a homicide call in East Hemet. It was near noon and not many personnel available, but after being told to collect evidence and review a tape, he was told to return to the station.

Bianco feels thwarted and thinks he has solutions. There are many officers and managers in the department, but Bianco chose to challenge the top executive and feels rebuffed by the response.

“Every employer, public or private, has periodically experienced employees who only want to do what they want to do, rather than what their employer requires them to do as part of the team’s responsibilities and the agency’s mission,” Sniff noted. He also said Bianco could use the department’s transfer procedures to seek a new assignment.

Former Hemet Police Chief Dave Brown resigned his position at the end of December to focus on the campaign.

The three candidates will all be on the June primary ballot. If one candidate receives more than 50 percent of the vote, he will become the next sheriff. If no one garners 50 percent, the two candidates with the most votes will be on the November 2018 ballot.