3:21 p.m.: The Cal Fire helicopter was released from the fire.

3:05 p.m.: TC photographer Steven King reports "it looks primarily like ground fuel, they have a handle on it, heli[copter] circulating but not currently dropping."

2:39 p.m.: A flare-up at the earlier Saunders Meadow incident diverted two engine from what is known as the Indian Fire near Pine Cove.

2:11 p.m. Update: Fire is 3/4 acre, moving at a slow to moderate rate of speed. Helicopter has no where to land to drop a crew so it will make water bucket drops. Ground crew is attempting to lay hose.

2:04 p.m. U.S. Forest Service firefighters responded to a smoke showing at Pine Cove Road and USFS Road 5S09 at just after 2 p.m. The smoke was white in color. No threat to any structures at this time.

Photos and video below by Jack Clark 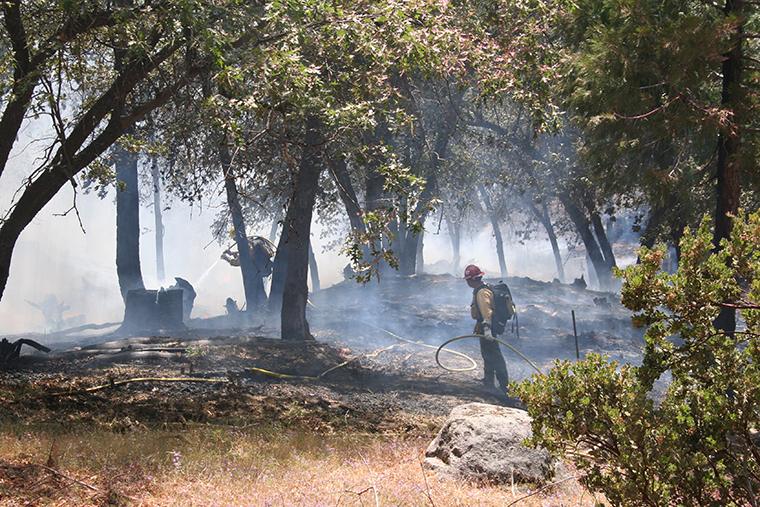 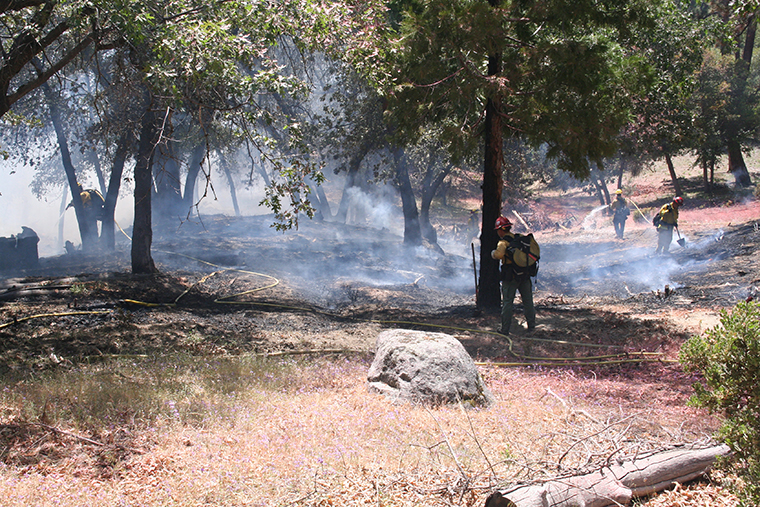 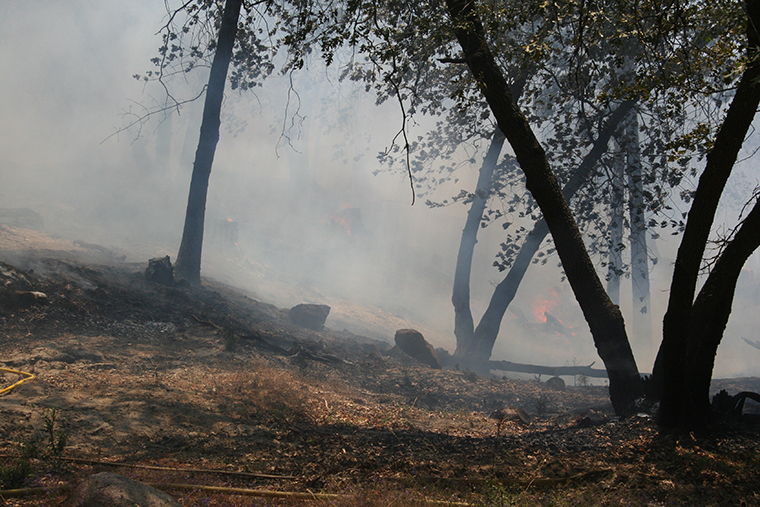 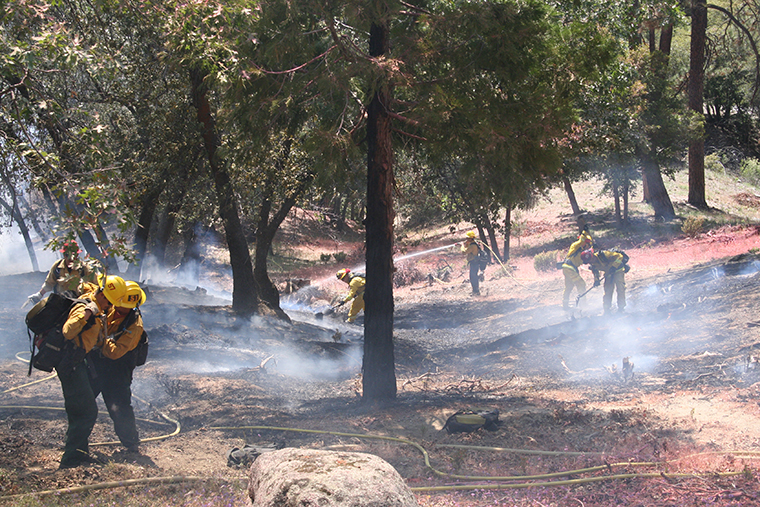