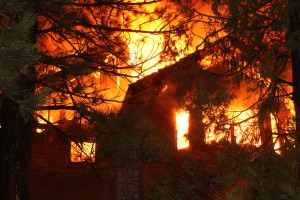 A major fire burned the home of Idyllwild businessman Shane Stewart Wednesday night, April 11. The large home was engulfed in flames for hours. No one was inside and no injuries were reported. 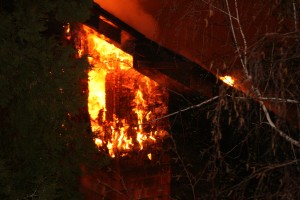 The cause of the fire is still under investigation. Firemen from Idyllwild Fire and four Riverside County stations (23, 53, 63 and 72) helped battle the blaze. The Incident Commander was Idyllwild Capt. Alan Lott.

The firefighters tried to quell the fire with two lines shooting water from the rear and another from the top of Idyllwild’s ladder truck. About 9:45 p.m., firefighters stepped several feet back from the house to be sure there was no danger of the structure collapsing, according to Idyllwild Capt. James Reyes.

Six engines and at least 29 firefighters were involved. The fire was named the Howland Fire for the street the house was on. 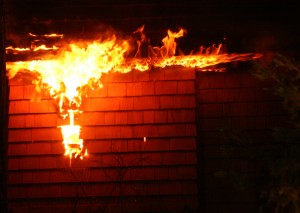 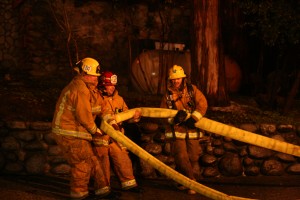