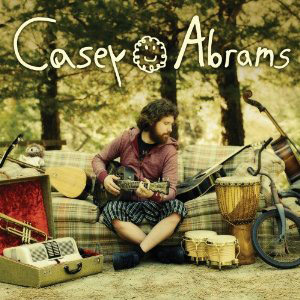 In an interview,Abrams talked about recording in London. “We recorded the vocal tracks live with the rhythm section so that it would have a live band kind of feel,” said Abrams. “I played on some of the tracks, changing up the instruments I played.” Abrams said the London sessions took about six weeks and that tracks are still being mixed prior to the June 26 release. As Idyllwild fans know, Abrams is classically trained on stand up bass and can play 11 other musical instruments.

Two singles from the CD, “Get Out” and “Simple Life,” are scheduled for a June 5 release on iTunes. Fans can get a free download of “Simple Life” now at caseyabramsmusic.tumblr.com. For more Abrams tidbits, visit his website at www.iamcaseyabrams.com.

For his Idyllwild fan base, Abrams asked them to “keep listening. I’ll be up there to see you guys real soon, playing some of the cuts from the CD and sitting in with some local musicians.” Abrams’ CD can be preordered on Amazon.com.