On Wednesday, July 25, an unidentified suspect tossed an apparently poisoned cookie-appearing edible over a fence into a front yard in the 25000 block of Lodge Road in Fern Valley. The golden retriever household pet went out into the yard in the early morning, ate a portion of the object, which had been weighted with small gravel to make it heavy enough to toss, and was then unable to get up.

The dog's owner, John Mardesich, rushed the dog to two vets in Hemet before being referred to an animal hospital in Murrieta that could do all the testing at the same location and properly tend to the dog. Testing concluded the dog had been poisoned but could not determine the specific poison. The dog showed elevated liver functions. The owner was told to leave the dog overnight so that vets could work to save its life. The dog survived.

The owner made a sheriff's report and gave a piece of the poisoned "cookie" to the Sheriff's Department for further analysis.

A picture of the poisoned piece and of the dog, Sebastian, accompany the article. Neighbors should be alerted to watch for suspicious behavior and report it to the Sheriff's Department at (951) 776-1099. 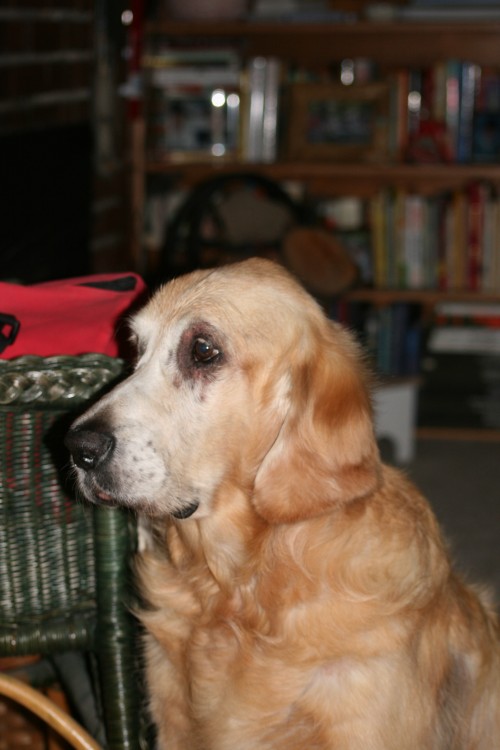