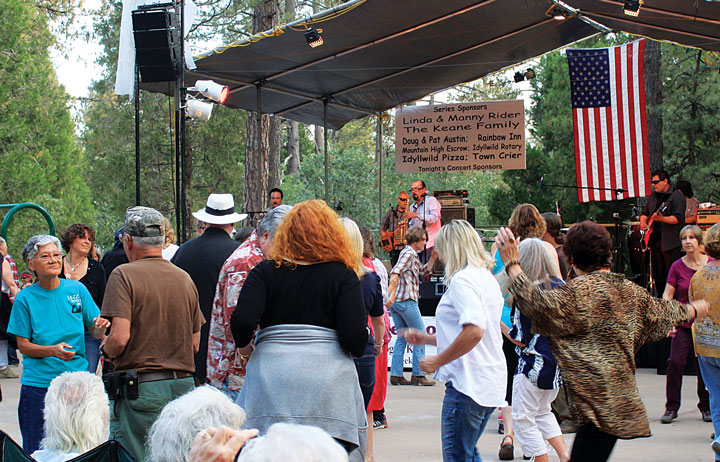 Six musicians, united by their Latin roots and love for beat-driven music, take the stage at 7 p.m. Thursday, July 31.

Torres said Bohemio would be adding new tunes — maybe some Journey or Eagles — for its Idyllwild gig.

No matter what they play, Torres said to be sure to fill the dance floor, feel the beat and lose yourself in the percussive lilt of Latin music, some of the best music for dancing.

Opening for Grupo at 6:15 p.m. is local group Swift Pony.

Admission to the series is free. According to producer Ken Dahleen, more than $4,000 still needs to be raised from donations in order to make budget for the series.

So, bring chairs and cash — chairs for comfort and cash for the donation jar — for this event designed by producers to be just for locals.