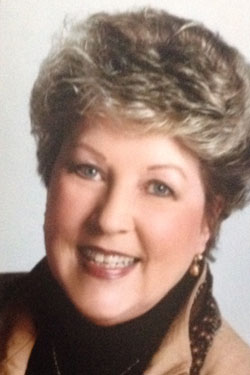 Kay Wanner had worked as a legal secretary for lawyers for many years. “I was 21 and worked for a probate attorney in Simi Valley and became intrigued by wills and probates,” she said. “At that time we didn’t yet have trusts.” Wanner said she told attorneys she worked for that she would do the research and the prep work in this area of the law she found fascinating. “If you don’t do it, let me do it,” she recalled telling them.

When she was 31, the death of her husband in an accident changed everything. With children to raise, Wanner began preparing to attend law school. “If I don’t do it, where will I be in five years?” she remembered thinking. Then, at the age of 39, she entered Western State College of Law night school, eventually graduating from Southwestern Law School in 1985. “I worked for attorneys during the day and went to law school at night,” said Wanner.

Wanner, featured presenter for the Idyllwild Community Center’s Speaker Series, will talk about “The Black and White in Estate Planning.” She noted it is an area of the law with which people are increasingly concerned. Wanner said she would discuss the pitfalls of dying without a will or trust and the hardships and expense to beneficiaries of the protracted court procedure called probate.

“Through estate planning, you protect yourself and your assets while you’re alive and protect your beneficiaries from probate after your death,” she said. Wanner said probates that once might have been concluded in months can now take years to resolve. By creating living trusts, in which one’s assets are placed in trusts while the individual is still alive, probate is avoided and transfer of those assets to beneficiaries is a simple process.

Wanner opened her own law office in Palm Desert after graduation, an office she still maintains. She currently is training two people to take over her practice once she retires. From this early fascination with protecting and bequeathing assets, Wanner noted she has built a career and practice that has always afforded her work and the gratitude of her clients.

Wanner’s presentation is at 6 p.m. Thursday, Feb. 19, in the Silver Pines Lodge great room. A wine and cheese reception is at 5:30 p.m. Both are free to the public.

Wanner is married to Charlie Wix of Idyllwild.