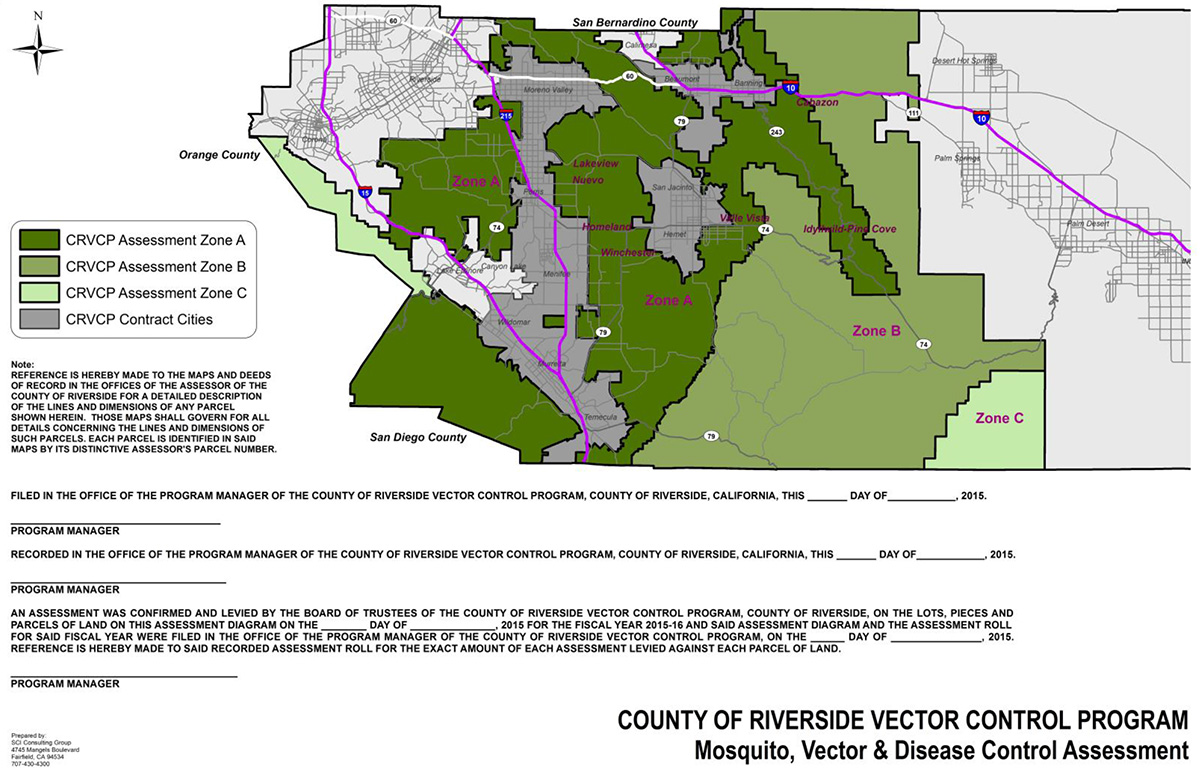 Residents of Riverside County’s unincorporated areas, including Idyllwild, will be asked to approve a special assessment in order to maintain the county’s pest control program — such as pertains to mosquitoes and rodents.

At its May 12 meeting, the Board of Supervisors approved a resolution authorizing the Proposition 218 ballot, which the county began mailing to residents Friday, May 22.

The county has identified three areas benefiting from continuing the program. Zone A, the largest of three areas, includes the Idyllwild and Pine Cove communities and would be assessed $7.14 per parcel annually. The other zones would be assessed lesser amounts. Zone B’s assessment would be $2.04 and the lowest assessment, $1.02 parcel, would apply in Zone C. The amounts are assessed annually, and assessments for vacant and agricultural land are significantly lower.

The program helps protect against diseases such as West Nile virus, Lyme disease, plague and hantavirus. Southern California also faces emerging threats from diseases such as Chikungunya, dengue and yellow fever. Besides mosquitoes, the program also protects against rodents, which also may harbor infectious diseases.

Historically, the Mosquito and Vector Control Program had been funded primarily from the county’s General Fund. However, as a result of budget cuts, the program no longer receives General Fund revenue. Currently, the program within the service areas is funded from a reduced and limited portion of county discretionary fees, including poultry ranch inspection fees. This limited funding for vector control is not considered stable or reliable, and the program’s future operation is in significant jeopardy.

If property owners approve the proposed benefit assessment, the program will continue working to control mosquitoes, identify vectors, educate the community about protecting against vectors, and conduct rapid testing for existing and emerging vectors and diseases in Riverside County. If the proposed assessment is not approved, the program will be forced to cut services drastically, according to the county’s press release.

After the ballots are mailed to property owners, a minimum 45-day time period must be provided for the return of the assessment ballots. A public hearing on the assessment is scheduled for 9:30 a.m. Tuesday, July 7, at the County Administrative Center in Riverside.

Fifth District Supervisor Kevin Jeffries was the lone opposition to the proposal. “Riverside County taxpayers should not be required to pay an extra tax for what should be basic public health service proved by the county,” he said.