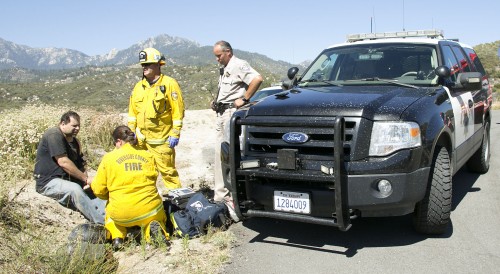 At about 2:53 p.m. Saturday afternoon, Lawrence Galluzzo (left), 44 ,of Riverside, was traveling westbound on highway 74 near highway 371 on his 2001 Suzuki GSX-R1000 when California Highway Patrol Officer Mike Murawski (right) attempted to make a traffic stop due to Galluzzo traveling over the posted 55mph speed limit. Galluzzo refused to stop, and sped for miles in a high speed pursuit, resulting in Galluzzo losing control and careening about 100 feet over the edge on highway 74 near mile marker 58. According to Murawski, Gulluzzo was estimated at traveling 145mph and was arrested for felony evading. Gulluzzo, still in handcuffs, was assessed by Riverside County Fire before American Medical Response arrived. Gulluzzo was transported by AMR to Riverside Regional Medical Center with a possible broken left clavicle. 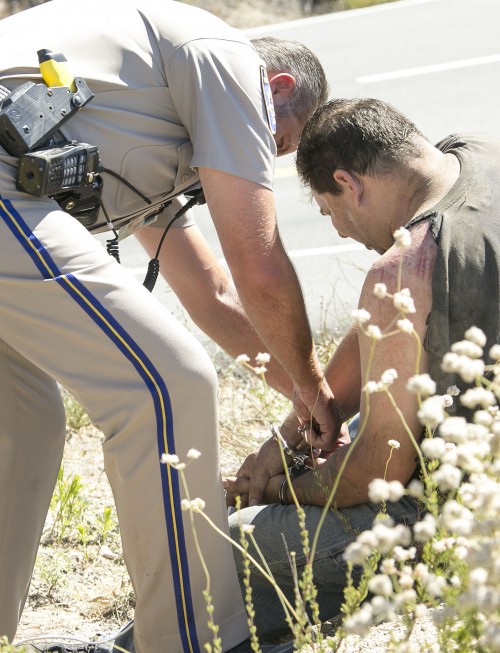 CHP Officer Mike Murawski removes the handcuffs from Lawrence Galluzzo, 44, of Riverside when AMR arrives so they could stabilize him before transporting to Riverside Regional Medical Center after he crashed during a high speed pursuit. 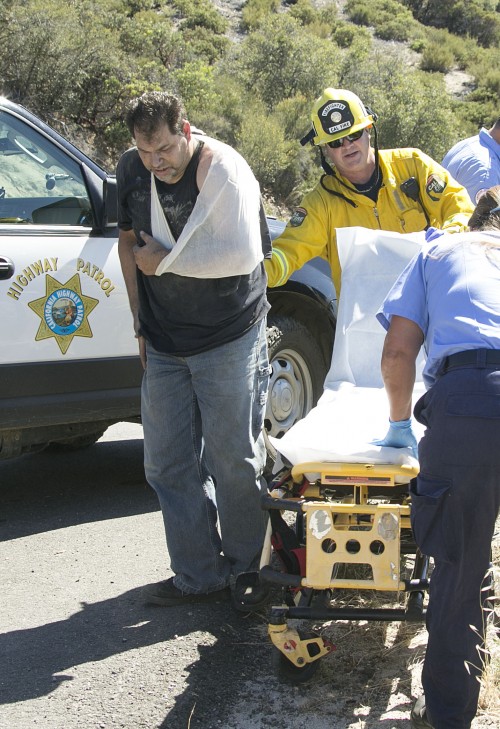 Lawrence Galluzzo, 44 of Riverside prepares to be transported to Riverside Regional Medical Center by AMR Saturday afternoon with a possible broken left clavicle. 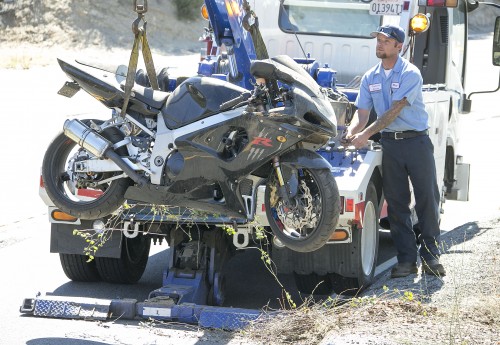 Matt Wheeler from Idyllwild Garage loads the 2001 Suzuki GSX-R1000 belonging to Lawrence Galluzzo, 44 of Riverside after he crashed during a high speed pursuit from CHP Officer Mike Murawski. Photos by Jenny Kirchner