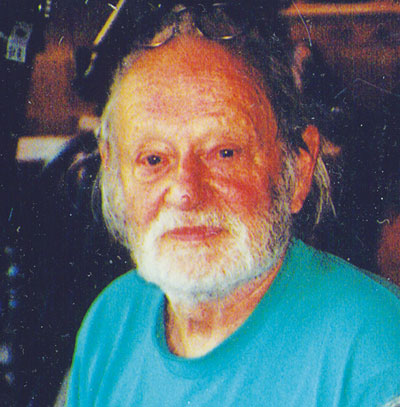 Bill Hart was born in Philadelphia, Pennsylvania, and lived in Chicago and Georgia before joining the Air Force in 1941. After the war, he attended college for one year in Minnesota, and from there on, educated himself in many areas of interest: literature, music, art, science, mathematics and natural history. His special interest was astronomy. He also was a gourmet cook.

From St. Louis, he moved to Chicago and was in charge of a hospital blood lab. There he met his wife, Ruth. They married in 1953, soon moving to California. The youngest of his three children, Keith, died 30 years ago at age 26. Bill is survived by his other two children, Allyn, of Alta, Utah, and Gregory, of Lompoc; and his wife, Ruth, of Idyllwild. His granddaughter, Coleen, lives in Florida.

Bill loved the outdoors and introduced his family to camping, hiking, sleeping under the stars and identifying animals, trees, plants and birds.

Ruth and Bill lived for many years in Orange County. He worked for Shell Development as a lab technician. They moved to Idyllwild 20 years ago.

Bill will be remembered for introducing snakes to visitors at the Nature Center, and for leading trail hikes. He was well known as a frequent walker with dog treats in his pocket. Where he went, dogs were happy to see him.

He will be sadly missed by his family and friends.