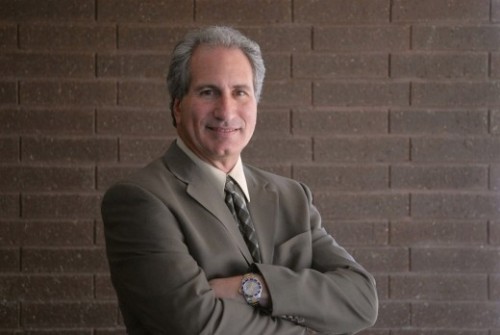 In January, State Sen. Jeff Stone announced he would challenge Representative Dr. Raul Ruiz for his Congressional seat. In addition to Stone and Ruiz, Steven Wolkowicz is seeking the seat.  The top two vote getters will battle for votes in November.

Stone is well known to Hill voters. He was the 3rd District Supervisor from 2005 until his election to the state senate in November 2014, where he represents the Hill, too.

Stone announced his candidacy late. Having just won election to higher office, he was not preparing to seek another office within two years. But Ruiz’s decision to go along with the President Obama’s action on approving a nuclear agreement with Iran turned Stone’s head, who said he was “flabbergasted” and upset because he thought Ruiz said he would oppose it.

“After 22 years in office, I’ve learned the most important thing a politician can do is keep their word,” Stone said. “And the number one responsibility is public safety.”

When asked about the other issues important to this election and to the District, Stone easily enumerated six issues, several of which focus on health, about which he believes District voters care and support his position.

First he noted the size of the national debt — $19 trillion. “Both Republicans and Democrats share the responsibility to cap it,” he stressed. “We don’t want to burden future generations.”

With these exceptions, Stone recommends that the federal government explore disposition of land holding and use the proceeds to pay down this debt.

The border was the second issue, which he addressed. His concern was not the “wall” but national security. Stone mentioned the ease with which terrorists can enter the country, as well as the flow across the border of dangerous drugs such as heroin and now fentanyl, a powerful synthetic opiate that is an increasing source of drug deaths.

Stone acknowledged the role of healthcare at the federal level. He is particularly concerned about people who lose their insurance and can’t afford new policies because of their pre-existing conditions. He wants to increase the ability of insurers to compete across state lines, which would likely reduce the cost of policies.

The crisis with service at Veterans Administration hospitals is another important issue, which Stone wants to alleviate. The system has become dysfunctional he claims. The VA needs to improve service and set priorities. “There is no reason for these problems which experience could solve,” he said.

“We need aggressive research in autism,” he proclaimed. “More and more children are being diagnosed with this problem. It’s a growing epidemic and not enough is being done to help.”

The sixth issue, which Stone plans to stress during the campaign, is what he describes as the decimation of our military. This derives from his view that public safety is government’s first responsibility. “I’m not a war monger and don’t want troops in harms way” he emphasized. “But we need a military ready to go.”

“We need to get government back to what it’s suppose to do — keep us safe,” he said.

While Stone currently trails Ruiz in funding, he is confident his donations will grow. But he noted that several candidates with a preponderance of funding were still defeated, as in Gov. Jerry Brown’s win over Meg Whitman

“Money is the scourge of politicians. You shouldn’t win just because you have more money,” he opined. “one thing Ruiz can’t take away from me is I’m a tireless campaigner. I’ll be on the ground in the Coachella Valley.”

After the June Primary, Stone hopes Ruiz will accept his challenge for three to five debates during the campaign.

When asked about Donald Trump, the presumptive Republican Presidential candidate, Stone noted that he has not jumped on board Trump’s campaign, but would prefer him to Hillary Clinton.

“There’s a lot of things he said and done with which I disagree,” Stone said explaining his concerns. “I don’t intend to vilify people. In fact, I like Dr. Ruiz, we’re both healthcare professionals. I attack the issues.”