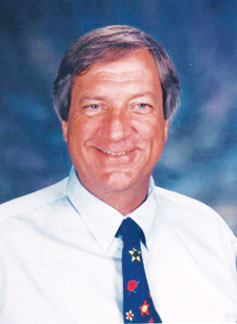 George was born in Long Beach on July 3, 1940. He was the second of three children and the only son of John and Janice Nettleman.

He is survived by his best friend and beloved wife, Barbara, his sisters and extended family, and his children and grandchildren whom he loved and who loved him dearly.

George grew up in Long Beach where he excelled in athletics and made many friends. He earned his bachelor’s degree in political science and U.S. history, and went on to earn his master’s degree in educational administration. He began his long career in education as a teacher and later worked as an elementary and secondary school principal from 1975 to 1999. He spent most of his career working in the Hemet Unified School District.

George had a passion for education and for helping young people realize their dreams and reach their full potential. He also loved sailing, a hobby he started at the age of 10 and continued enjoying throughout his life.

George will be remembered for his ever-enduring positive attitude, his kind and gentle spirit, his wise and sound advice, and for the love and respect he showed to all people. George will be laid to rest in a private service at Pacific View Memorial Park in Corona Del Mar, near the ocean where he felt most free and at peace.