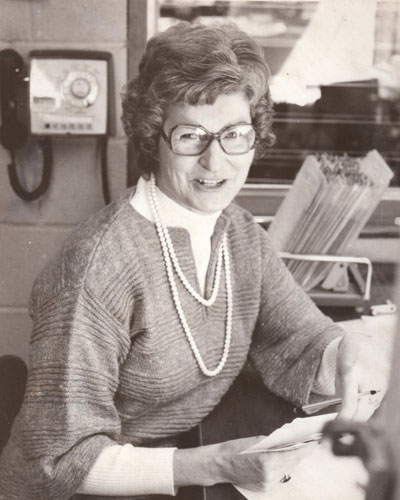 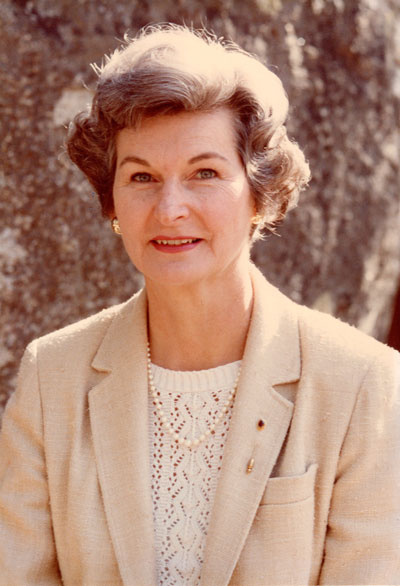 Marilyn Hansen Weare, who with her husband Luther, purchased the Idyllwild Town Crier from founders Ernie and Betty Maxwell in 1971, died at the age of 92 on Wednesday, Feb. 11, 2015. She was living in Yorba Linda at the time of her death. Born into a family of Danish immigrants then living in Cleveland, Ohio, Marilyn was always proud of her Danish heritage, said daughter Andrea Sanborn.
Her death was reported by Andrea, longtime Idyllwild resident with her husband Bill, and now living in Grand Rapids, Minnesota.
Marilyn is survived by daughters Marla (David) Johnson of Tustin, and Andrea (Bill) Sanborn, as well as six grandchildren and two great grandchildren. Marilyn’s husband Luther predeceased her in 2000.
Marilyn lived an exciting life, especially in her youth. She joined the Women’s Army Corp during World War II in 1944 at the age of 21. She served in an intelligence unit for the Army Signal Corps and had a top-secret clearance. After the war ended, she and older sister Maggie re-enlisted so they could serve with U.S. occupation forces in Germany.
From Marilyn’s diary of her time in Berlin comes this excerpt, courtesy of Andrea: “One of my first days on this Berlin assignment was to attend the monthly quadripartite conference of the Reparations Committtee. It was also one of the early indications of the growing rift with the Soviet Union. Something had happened in the field to anger the Soviets, and my boss was directed by Washington to calm the troubled waters and to make an official apology.
“General Zorin of the USSR gave an angry speech, the palms of my hands began to sweat, and my boss admitted that someone had goofed and gave the official apology. The Soviets then tried to stop all rail travel into Berlin from the U.S. Zone by threats. This inspired the Americans in Berlin and the press in the USA to call for retaliation by arming a train and shooting our way through. Cooler heads prevailed — the Berlin Airlift.”
After discharge from the Army, Marilyn studied briefly at Ohio State University in Columbus. A trip to Los Angeles to visit Danish relatives living there changed Marilyn’s life. She became so enamored with Southern California that she decided to stay. She met Luther at the home of mutual friends. They married in 1954 after a whirlwind courtship.
In 1971, Luther took early retirement from his South Bay job as in the aerospace industry and moved from Palos Verdes with his family to Idyllwild to pursue his dream of owning a small-town newspaper. The Weares bought the paper in late 1971 and took over operation of the Town Crier in January 1972, with Marilyn serving as business manager.
Andrea remembers her parents made many equipment purchases and publishing improvements during the six years they owned the paper. Andrea remembers working after school stuffing grocery fliers in the paper, typesetting and mimeographing. “I have many good memories of working with my parents at the paper,” said Andrea.
The Weares sold the paper in 1978 to L.B. and Dorothy Hunsaker.
“She was an extraordinary woman who will be deeply missed,” remembers Dwight “Buzz” Holmes. “She was a longtime Idyllwild Master Chorale member and a great contributor to the Idyllwild community.”
Andrea suggested that if anyone wants to honor her mother they could make donations to Idyllwild Arts. Visit www.idyllwildarts.org/page.cfm?p=1046 for details. After retirement from the paper in 1978, Marilyn worked as executive secretary at Idyllwild Arts, then known as ISOMATA. She was also active in the Soroptimists and P.E.O. in Idyllwild.
She will be buried in York, Maine.
Marshall Smith can be reached at [email protected]