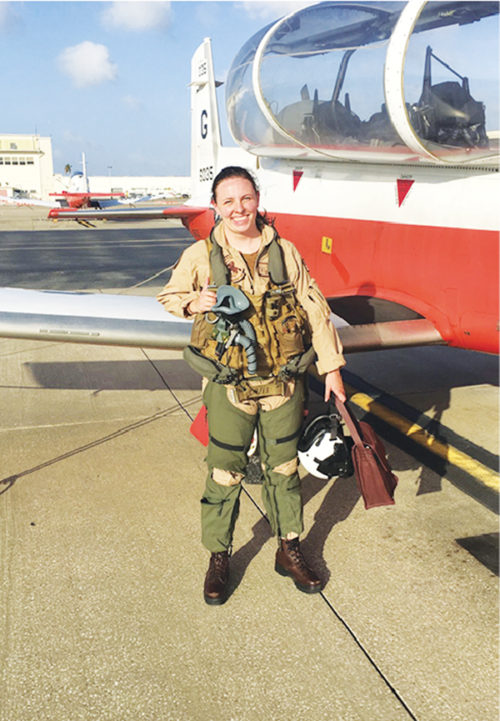 After the Idyllwild native graduated from Hemet High School, McKnight graduated from the U.S. Naval Academy in May 2016. As an ensign in the U.S. Navy, she served a short stint at the academy, and subsequently was transferred to the Naval Air Station in Pensacola, Florida, for pre-flight training. Upon completion of that assignment, she was transferred to Corpus Christi for flight.